Walking 15 miles a day almost everyday is the kind of vacation you might find yourself taking a vacation from. 400 miles into the Pacific Crest Trail I have met up with my partner and personal shofar to take a short break. Over the next two weeks we will go on a series of easy going backpacking trips, starting with the Trinity Alps. 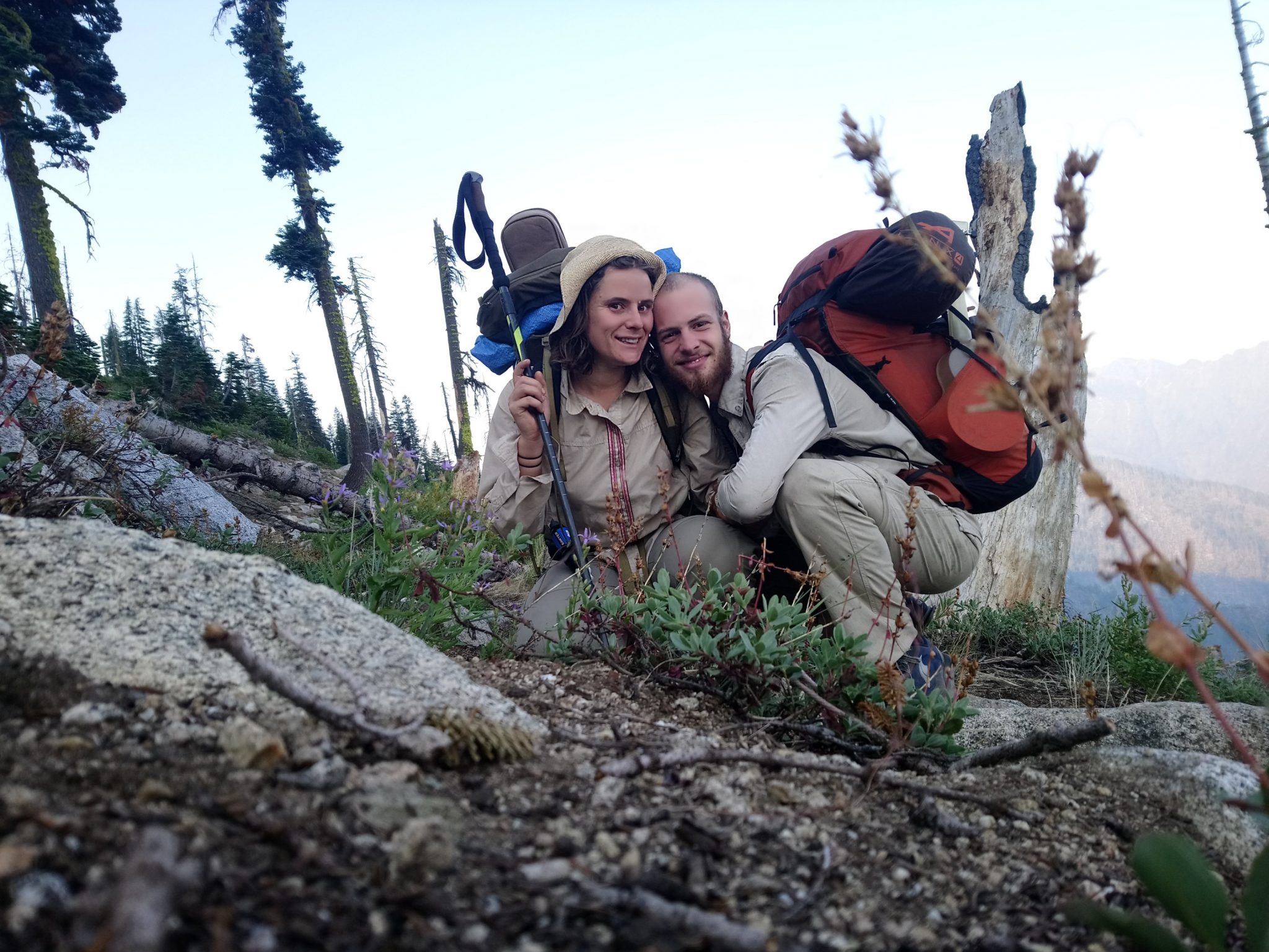 Foiled by fire our original plan was to spend a week in Sisters National Park, an area so spectacular many Pacific Crest Trail hikers cited it as being among the few things that got them through Oregon. While I am sure the flames add a unique beauty to the park we did not want witness it in person.

After a short research session at Starbucks, land of free wifi and clean bathrooms, we decided to make our way towards the Shasta-Trinity National Forest. Growing up in Northern California this range has tempted me for years, specifically the Trinity Alps region. As Bennett Barthelemy eloquently put it, “The Trinity Alps are the crown jewels of the California Wilderness Areas. If you have not been to this wonderland you should be flogged mercilessly.”

An unsettling drive of almost seven hours brought us the same distance I have spent the past month walking, leaving me more sympathetic towards luddites and technophobes. Our start, Big Flat trailhead, was a mere seven miles from our campsite, instilling us with the confidence to pack tons of food and Esther’s guitar! 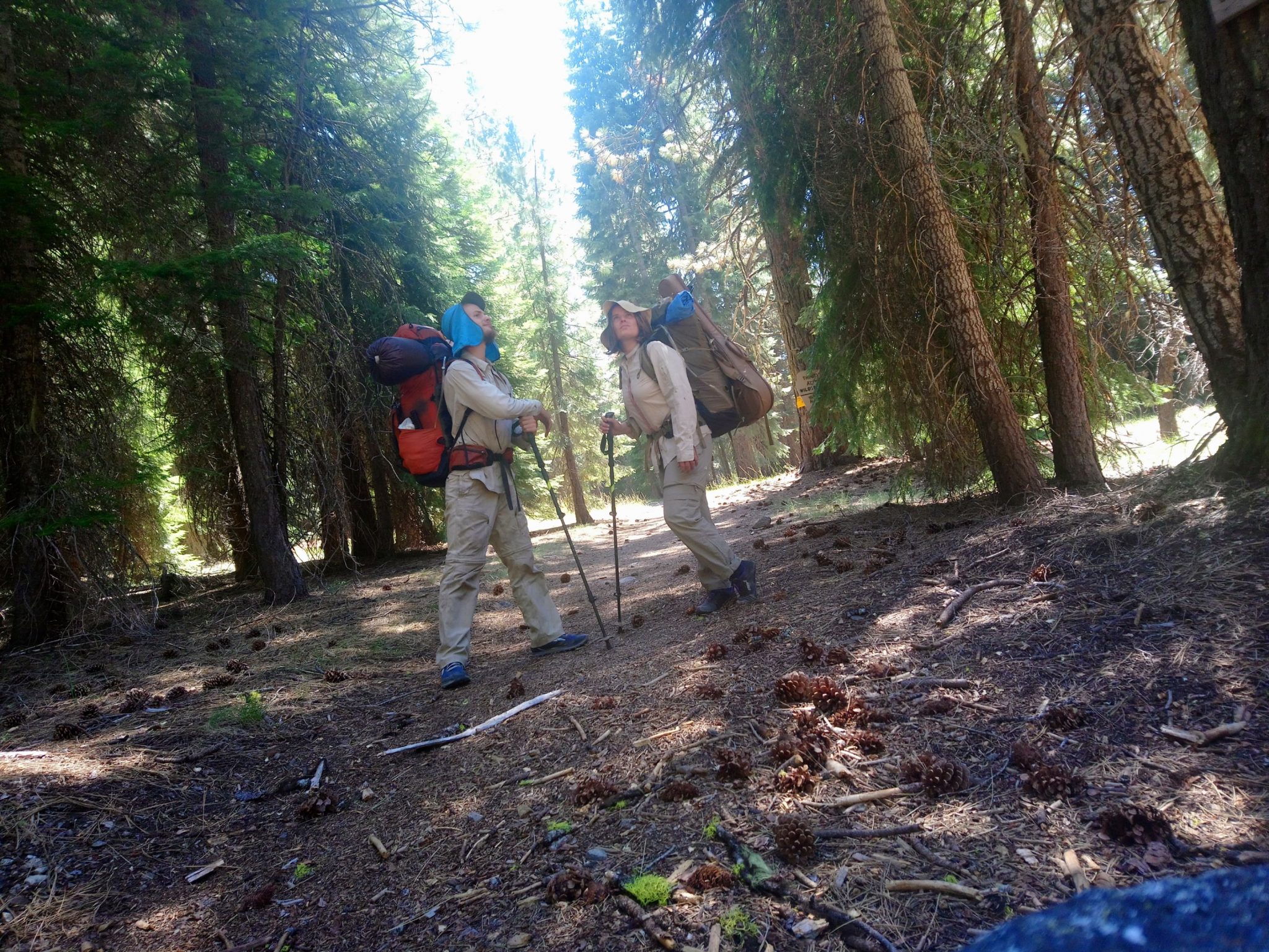 By the time we arrived at Lower Caribou Lake and set up camp the sun was setting and shone red from the smoke that was drifting in from, what we hopped was, a far away fire. 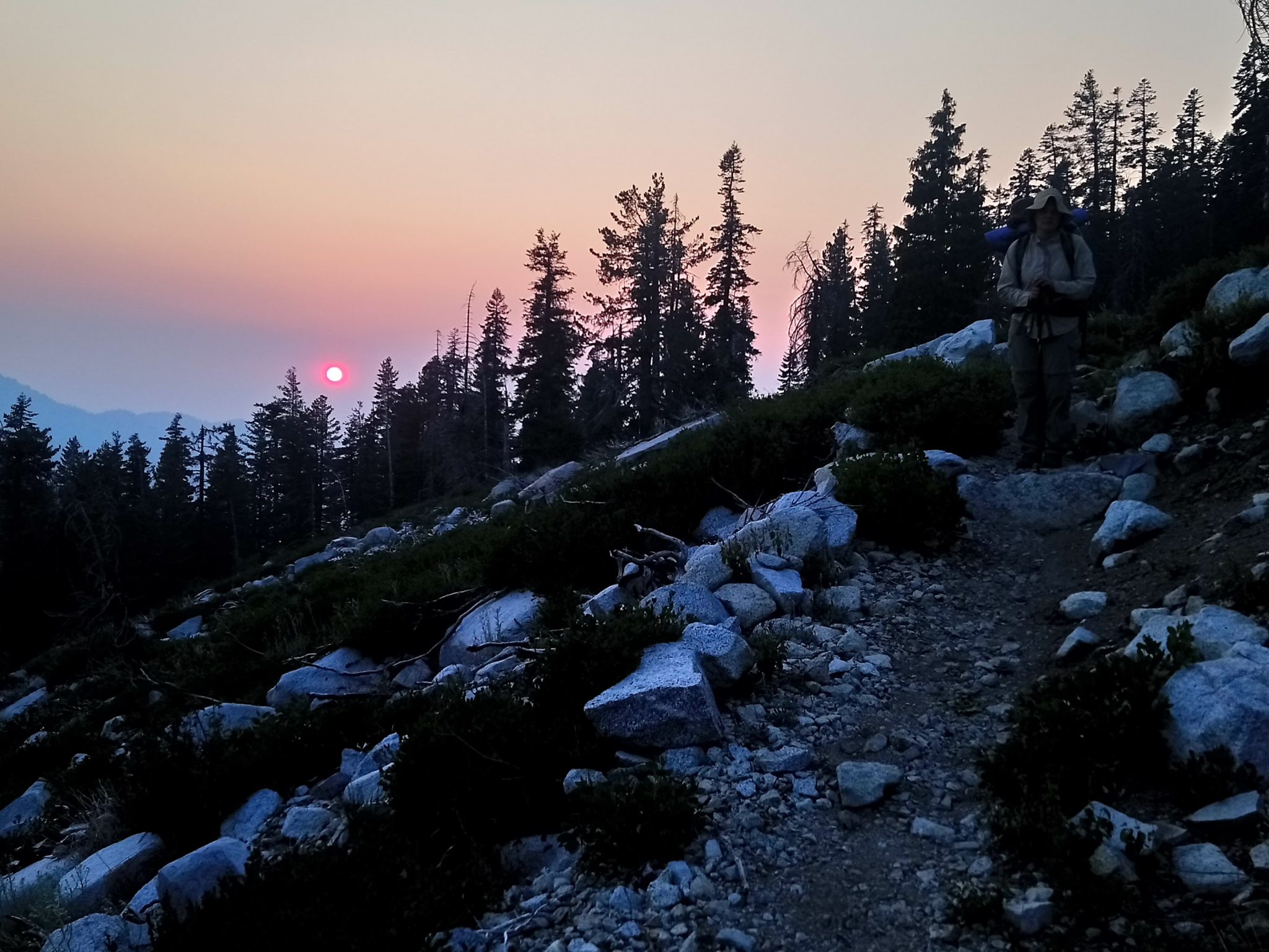 The next day I ventured on a solo hike over the notoriously long and hard, “Caribou Scramble.” The 2000 foot decent provided my knees with fodder to resent me for days to come. After reaching the valley, I was several feet away from running into a bear cub. The size of a fat chihuahua and far cuter, the temptation to give it a hug was combated by the likelihood of a momma bear lurking behind, ready to defend her baby from a 20-year-old hippie clutching a granola bar and listening to the Avett Brothers. In a matter of minutes I was working my way back up the scramble, what I considered a glorified rock slide. 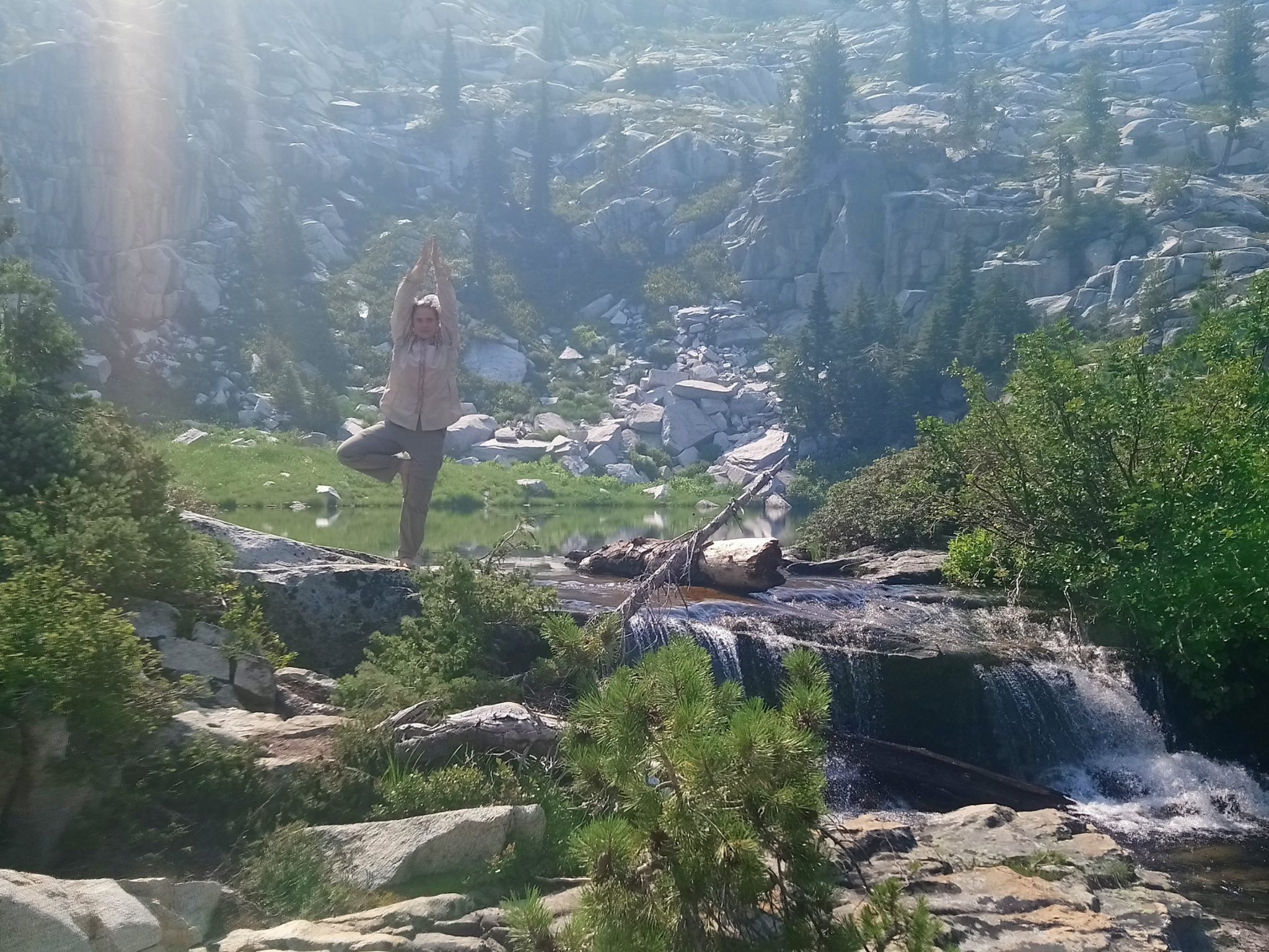 After several days of lounging we made our way back to Big Flat trailhead. In what is now tradition we feasted on any morsels of food we could find in the car before driving to our next destination from the Trinity Alps. Before I return to my original vacation on the Pacific Crest Trail we will embark on a trip in Lassen National Forest and maybe even a soak or two in some natural hot springs.