Much has changed since then, my pack is considerably lighter, I have more experience, and I am with Esther.

After hitchhiking in from Leadville we spent the remainder of the day camped near the lake, a spot I remembered camping at four years ago.

As first days back on trail usually go we feasted on fresh fruits and vegetables attempting to eat our way through anything too heavy or perishable.

A mile and a half in the next day we realized water was much more scarce then it appeared to be on the map. We took off our packs and I hiked back to the lake to fill up.

Once we were fully hydrated we hiked on. Within a mile, we hit a small spring and over the next three miles, we hit several other unlisted water sources. I was slightly frustrated I had to hike an extra three miles but as always better safe than sorry. 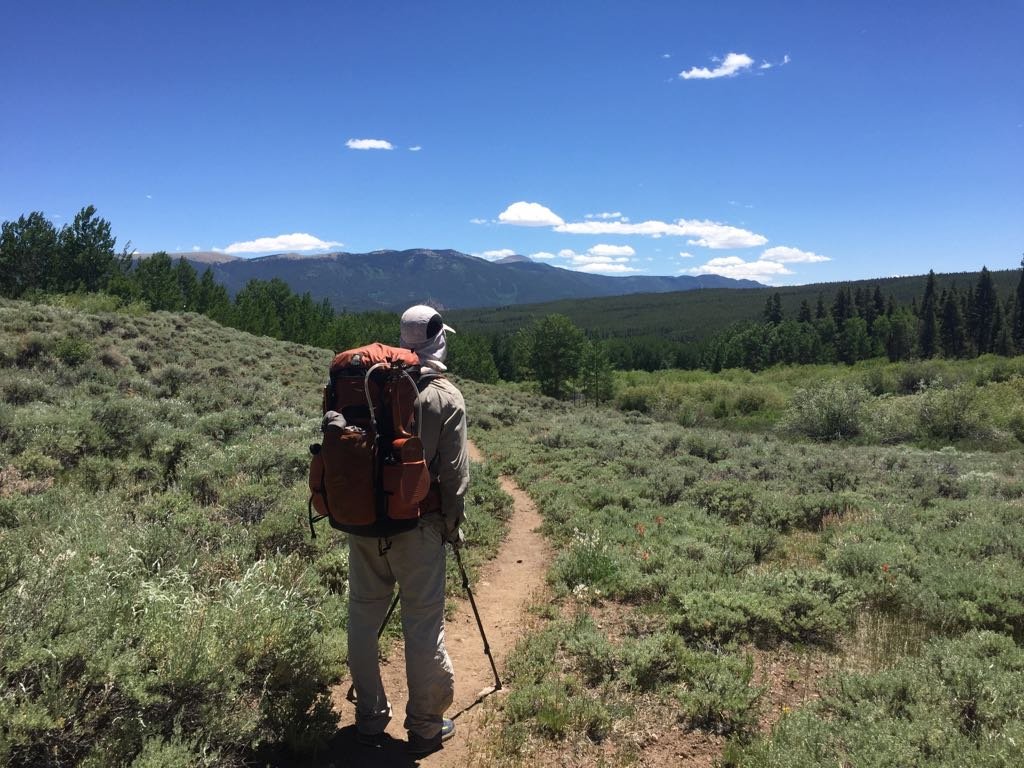 The next day we stopped four miles shy of our daily goal (10 miles) to spend the day at the gushing Pine Creek Valley. We camped under the shadow of Mt. Belford and Oxford.

While Esther slept in during our ‘zero day’ I got an early start. My goal for the day was to summit Mt. Harvard, and maybe Belford and Oxford if I had any energy left.

As I worked my way up the valley I passed a slew of abandoned cabins. The sight of these ruins has a romantic connotation for me. It brings to mind Alexander Supertramp, the protagonist of ‘Into The Wild’, a story that helped catalyze me towards this lifestyle. Alexander spends weeks in an abandoned bus stranded in the middle of the Alaskan wilderness exploring the rugged environment never finding his way back to civilization. 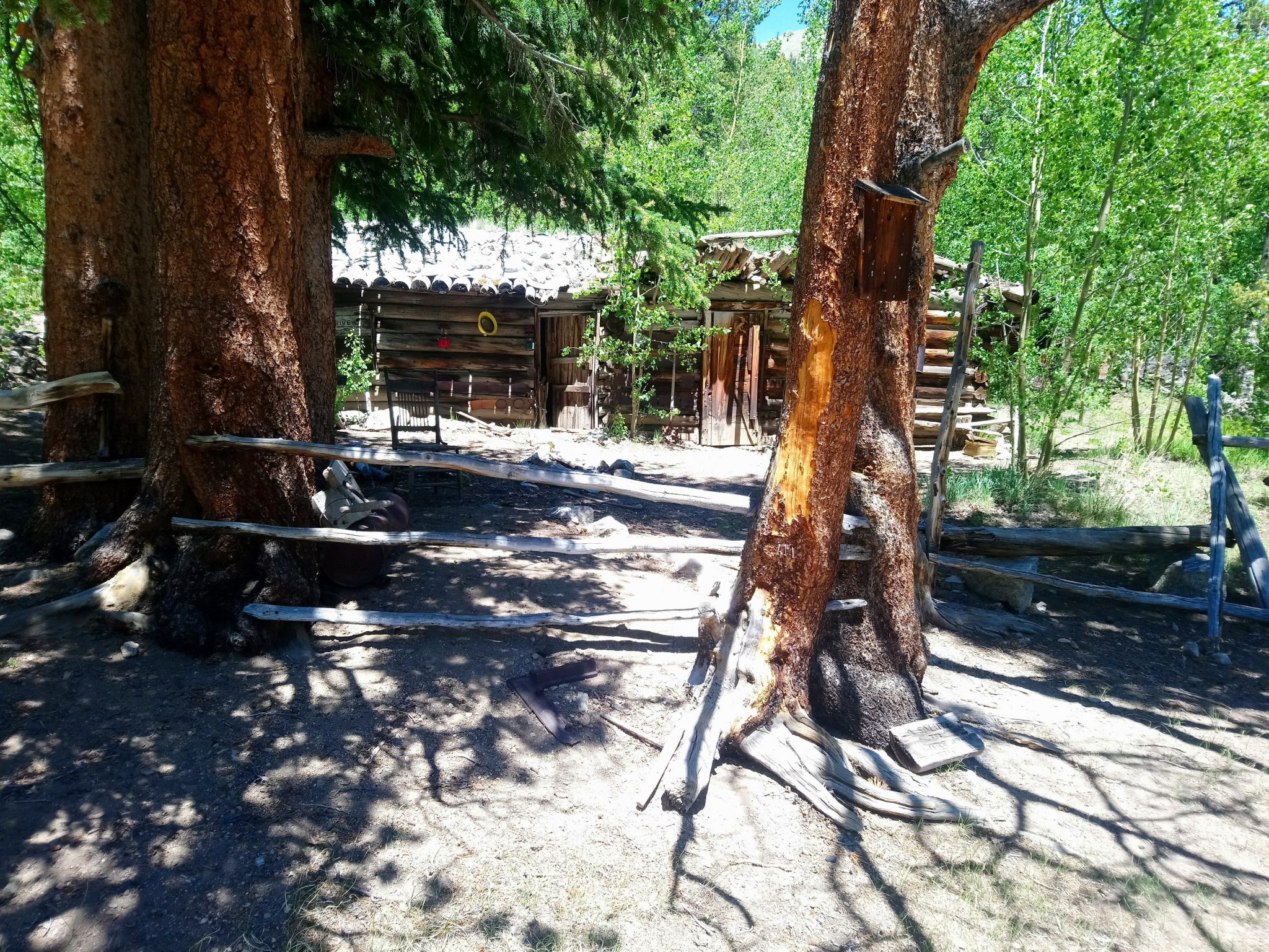 Leaving my fantasies behind I began a 4,000-foot climb to the summit of Mt. Harvard. The “trail” started as a faint deer path but quickly devolved into nothing leaving me with my map and imperfect sense of direction.

Thankfully the trail petered out after the tree line, saving me what at a lower elevation would have been a bushwacking-fest.

When I reached the summit I was surprised to find a gaggle of 20 other hikers gnawing at lunch. I found out they had mostly come up the far more common and established Silver Creek Trailhead. 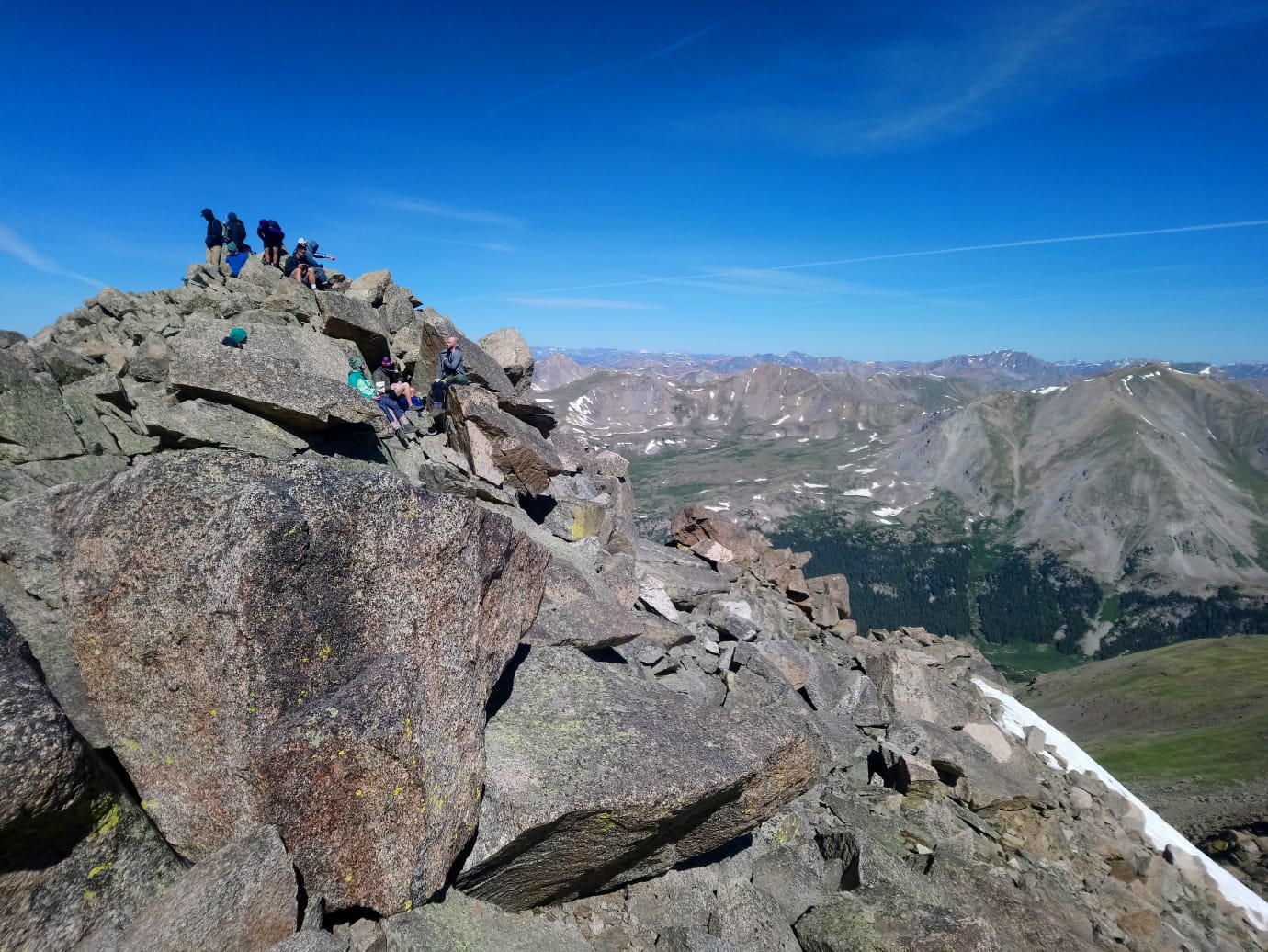 After a quick snack I made my way back down to the valley. Back to my solitude. Once I got to the valley floor I headed straight for camp, saving Mt. Belford and Oxford for another day. 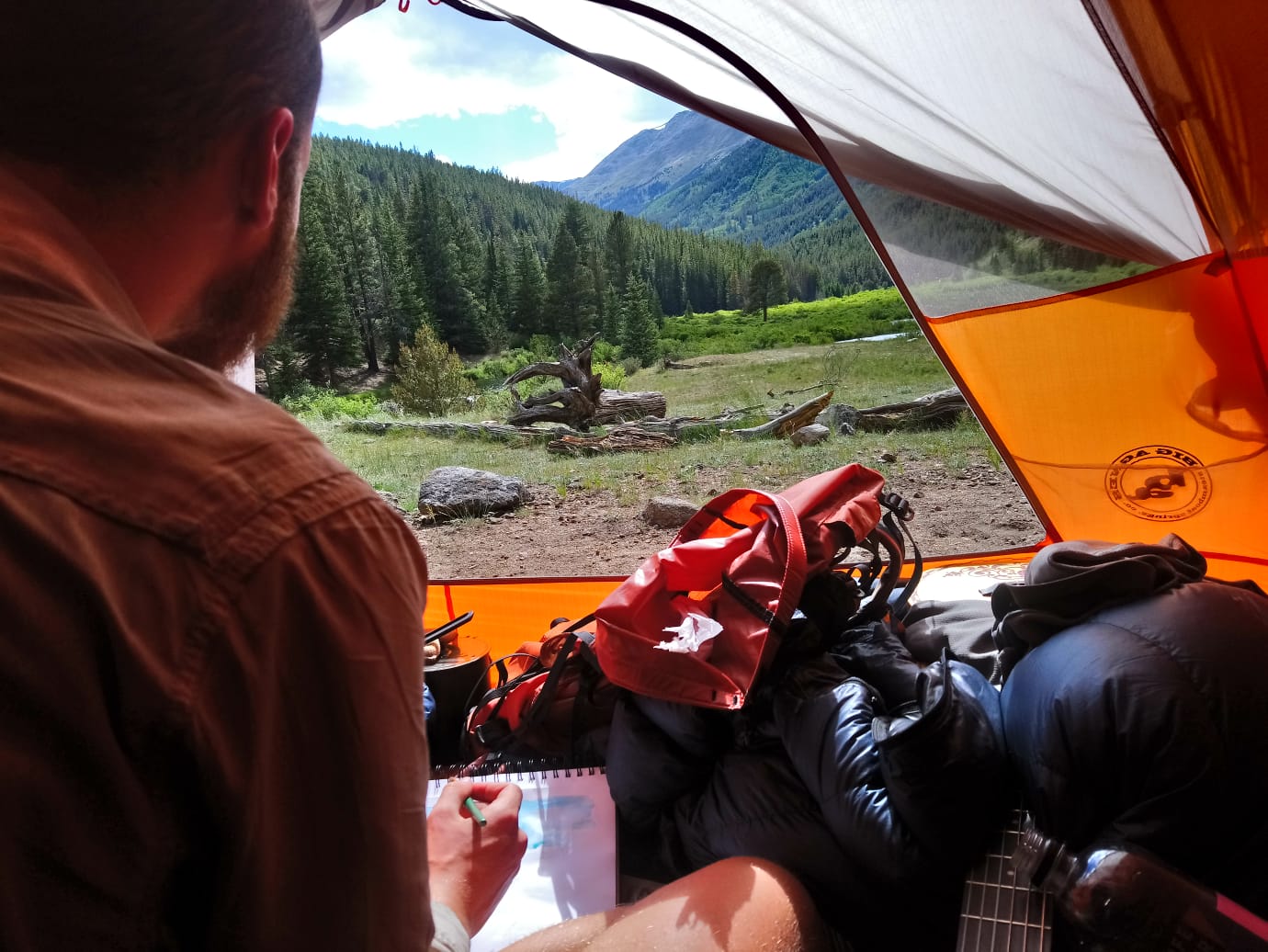 Getting a late start the next morning we faced a steep climb to 12,000 feet. Despite the elevation, we stayed within treeline and made it up and over without much irk. We camped at the foot of Mt. Yale.

Our next day started in a haze of grog at 5 am, desperate to get over the ridge of the Silver Creek Trailhead before the heat of the day. The incline was the most grueling we have faced thus far. When we reached the saddle that afternoon we munched on well-earned vegan grilled cheese sandwiches. The celebration was also due to the fact that this was the last great hurdle of the week. 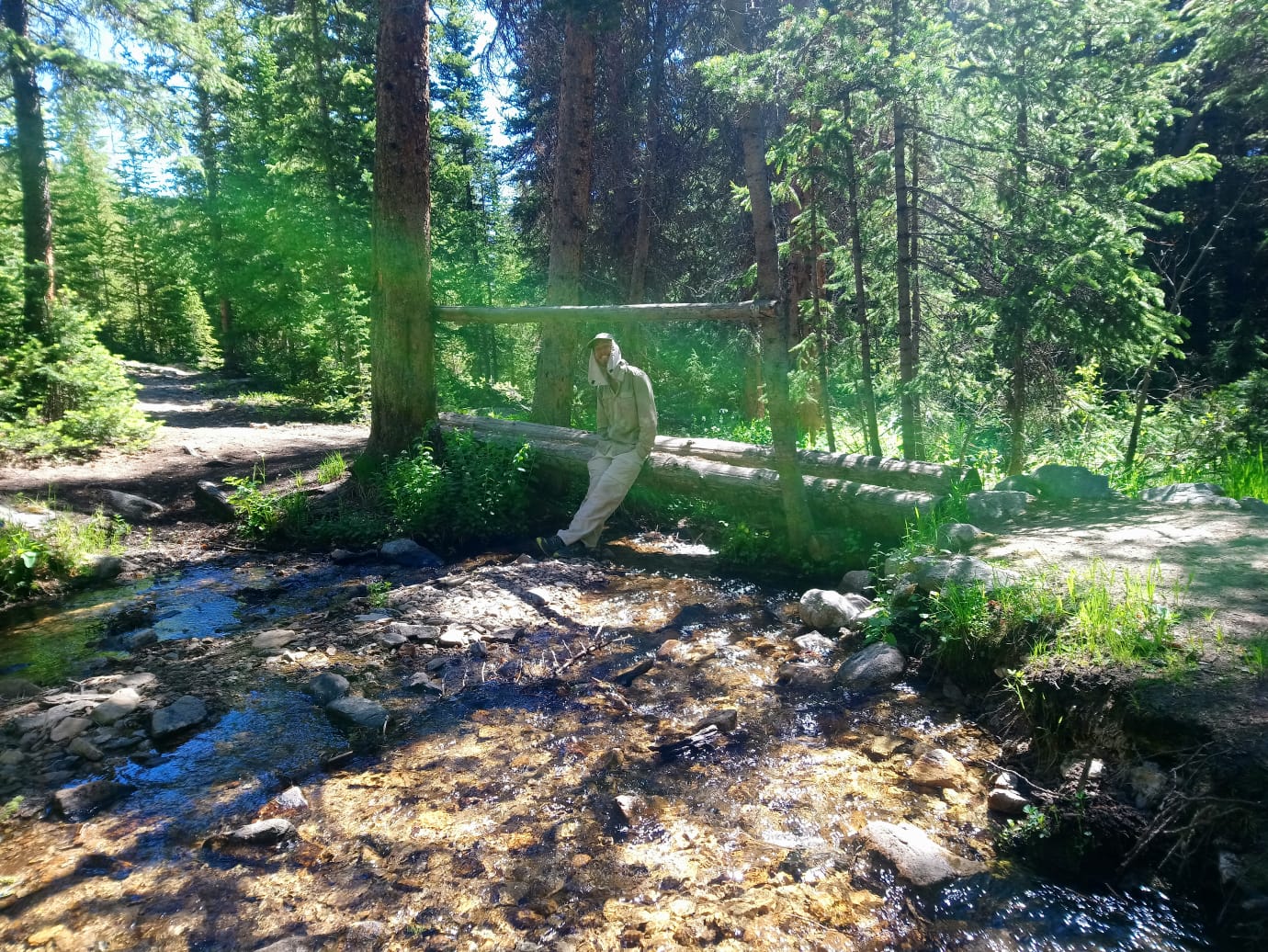 After a short road walk the next day we arrived at Mt. Princeton Hot springs, just short of the official end of the Collegiate East portion of the Colorado Trail. While it is nothing like the undeveloped hot springs we enjoy in California getting a few hours of soaking did our over-hiked bones some good. 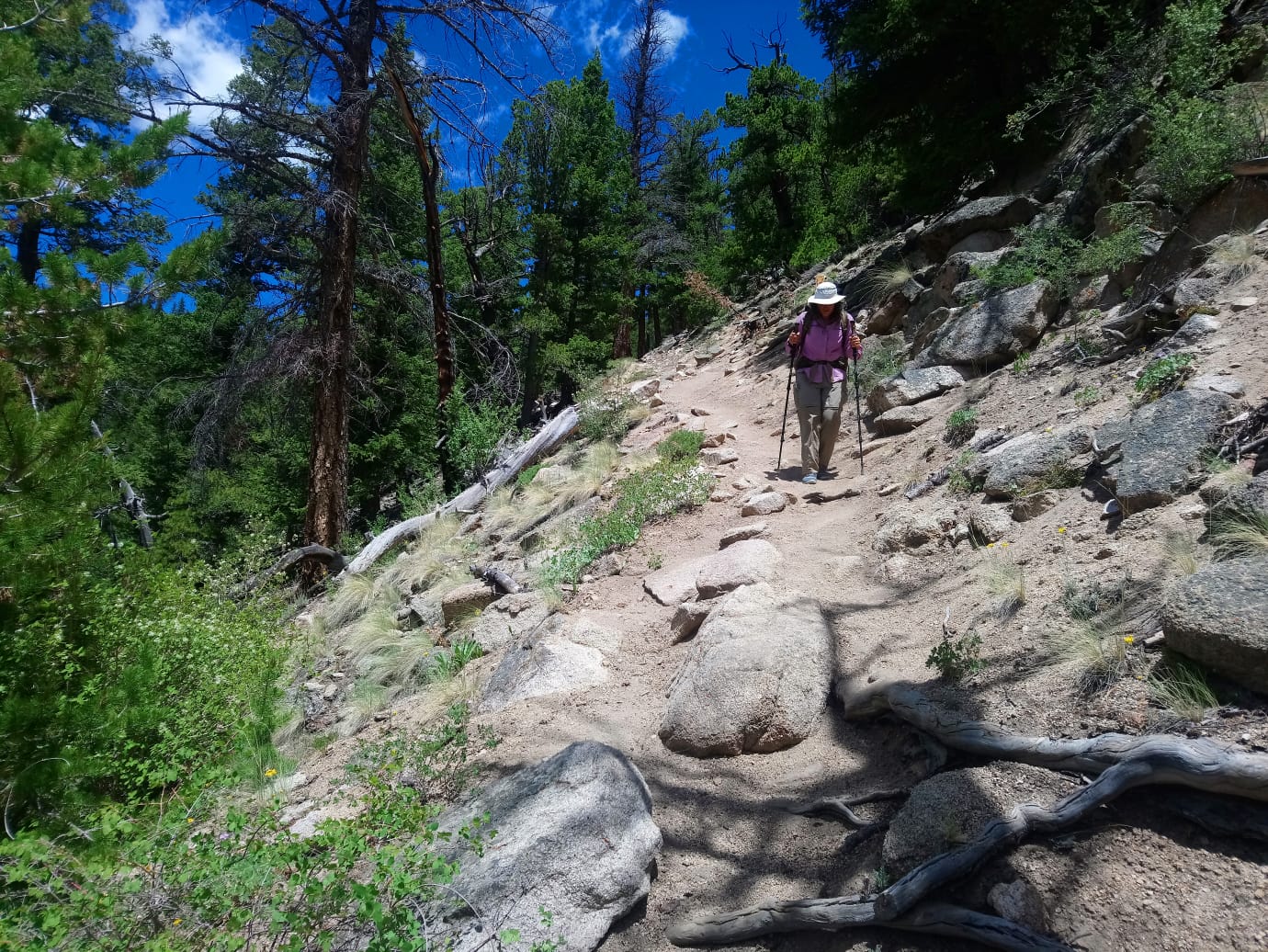 Tomorrow we will hitch to Buena Vista (the start of this trip), resupply, then hitch back to Twin Lakes and head north this time.