After our first full week on trail we returned to Twin Lakes, this time headed north.

A painfully long two-hour hitch out of Buena Vista ended when we were picked up by some fellow hikers. The relief of getting the ride almost outweighed the sweaty two hours it took to finally get it.

The kind couple where planning on thru-hiking the Colorado Trail later in the season and had also hiked a good chunk of the Pacific Crest Trail in 2016. They dropped us off near where we started a week ago at Twin Lakes.

With our packs heavy and energy sapped we hiked 1.5 miles to the first available water source and set up camp among a grove of dancing Aspen trees. The next day we walked to Camp Hale. This area was used to train an elite group of soldiers in WWII, the 10th Mountain Division. These guys where total badasses, a skiing force to be reckoned with. 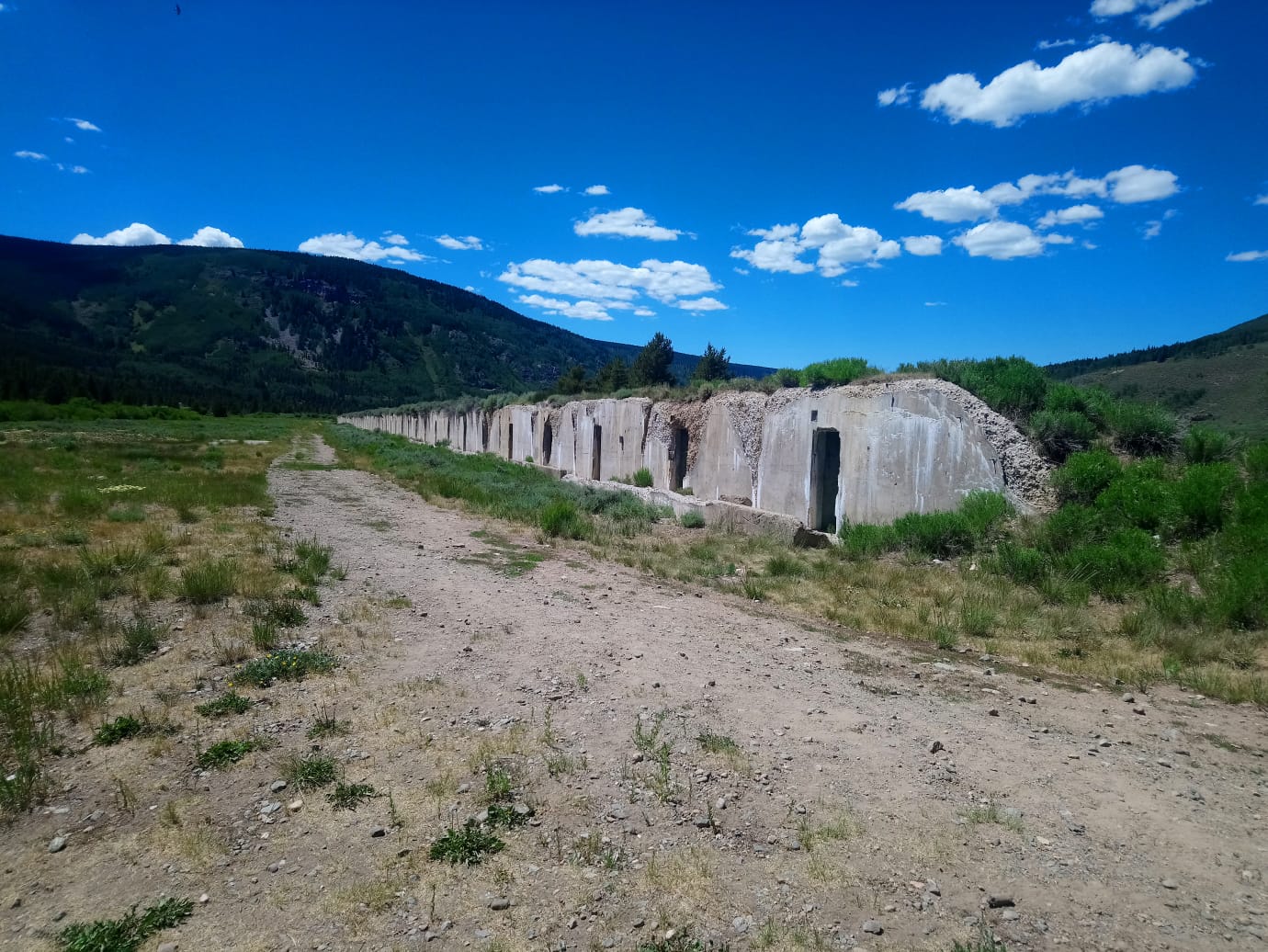 After a generally flat and easy day we let our guard down and camped too close to a water source. We woke up early the next morning with frost on our sleeping bags. The condensation got us good. 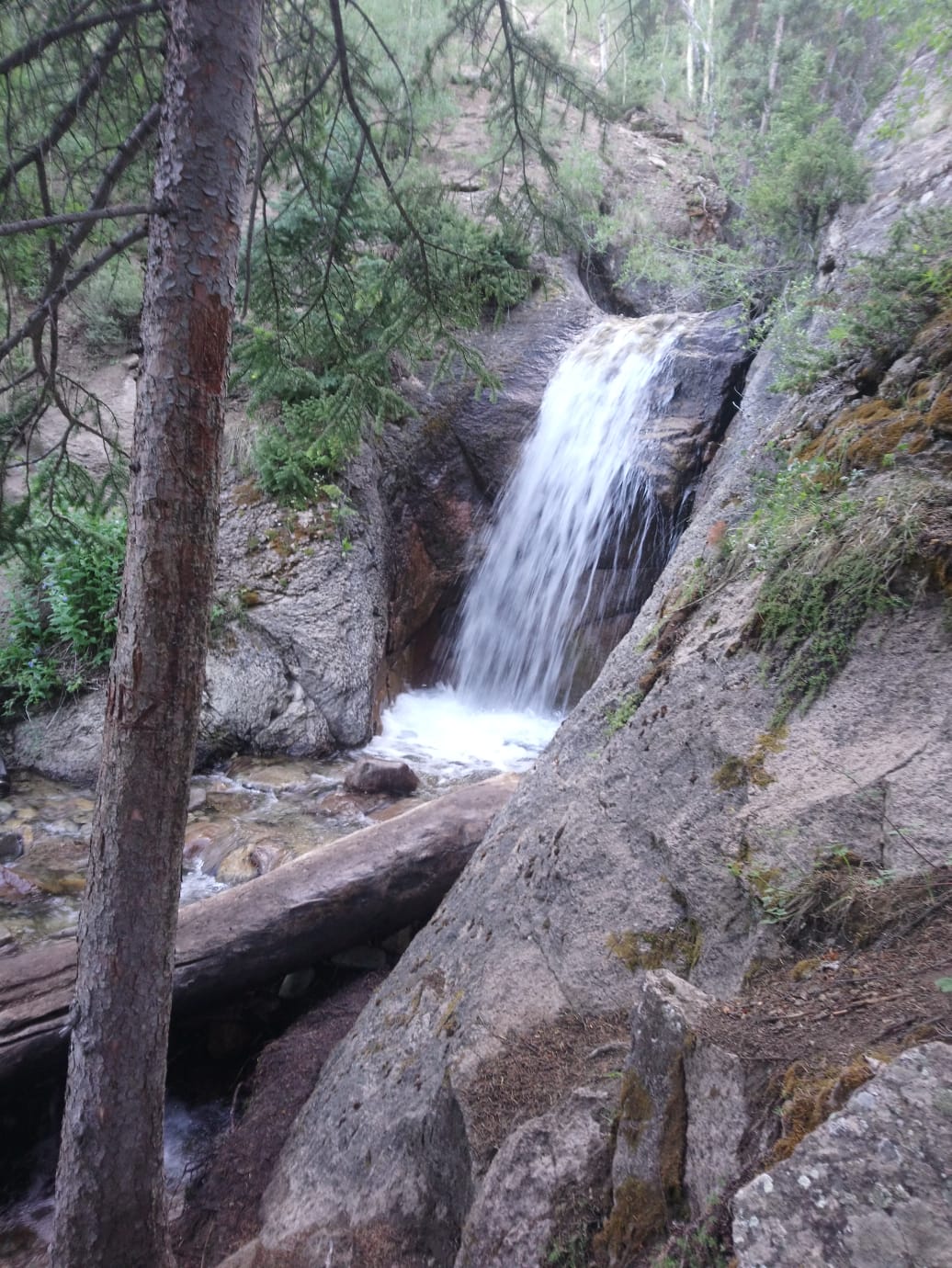 We stuffed everything, except the wet sleeping bags, into our backpacks and started walking. After an hour we stopped for a quick breakfast near Cascade Falls and to pack our drying sleeping bags. The waterfall was more enjoyable than our brown sugar oats with Chia seeds. 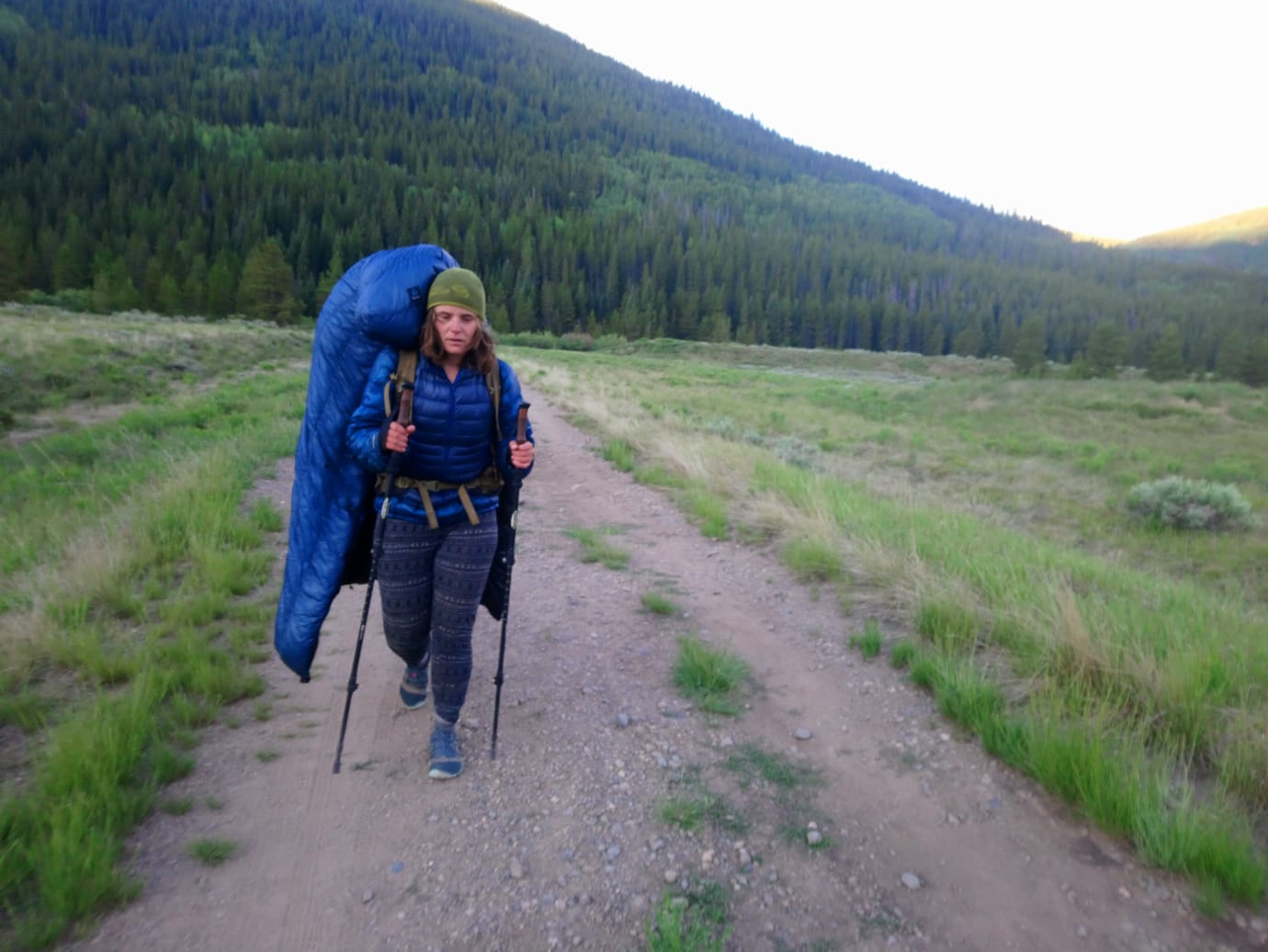 As we left Cascade Falls our ascent to Elk Ridge began. In five miles we gained over 3,000 feet. The higher we got the more spectacular the scenery got. We topped out at Kokomo Pass near a small meadow brimming with orange and pink Paintbrush, a name we understood well looking out at the thousands of beautiful flowers. 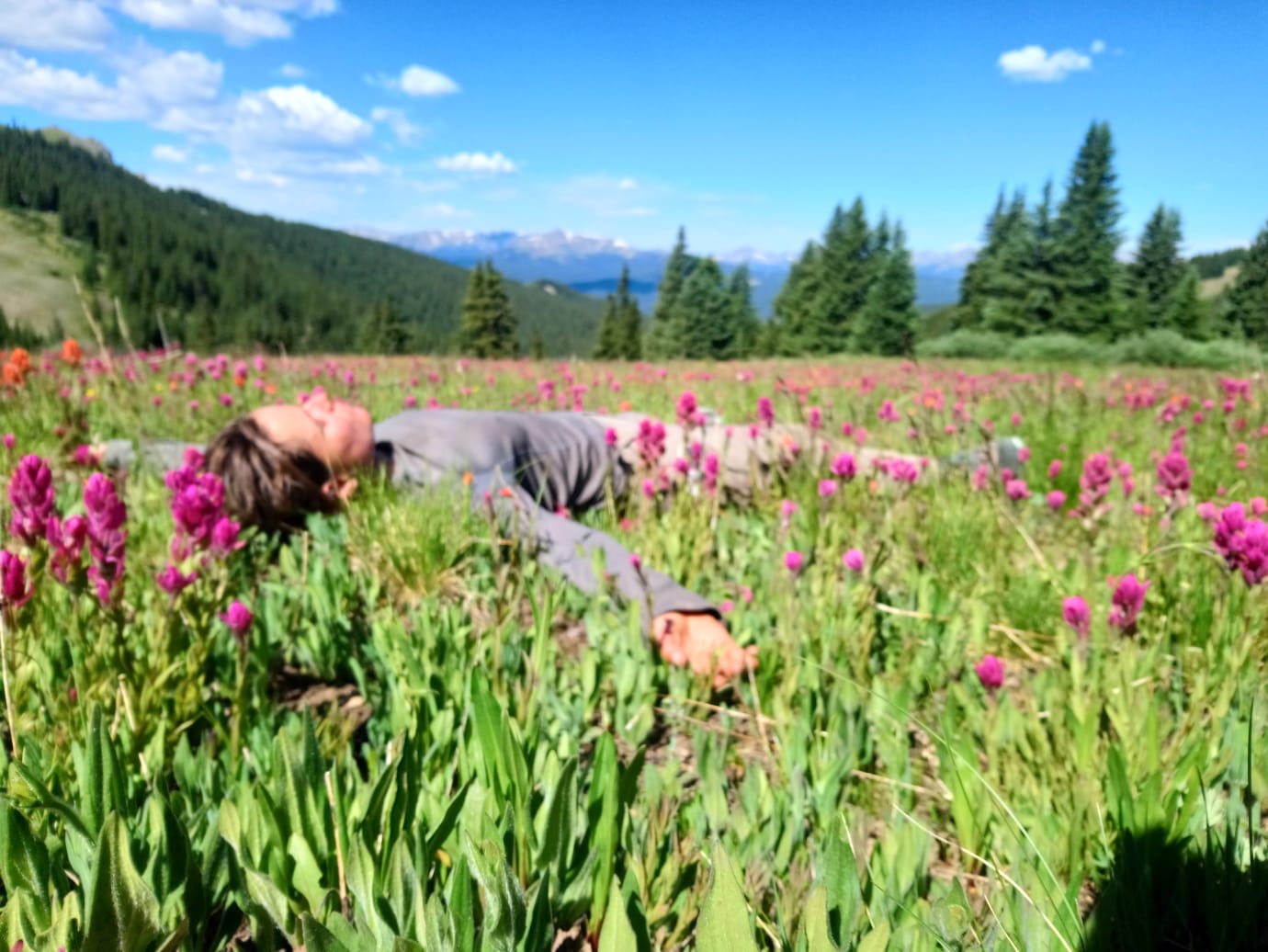 As we reached Elk Ridge a mile later dark clouds began taunting us, thankfully we were headed down. Just as we reached the tree line an immense rumble sounded from above. We hastened our pace.

In search of the “perfect” campsite (both another hiker and the book mentioned it) we passed many viable options on the way down Elk Ridge, a steep and steady descent.

As it began to drizzle we darned ourselves for not settling at a campsite sooner. After 15 minutes of light rain, we found a flat enough campsite, set up the tent, and dove in. As soon as we got comfortable the sun came back out. 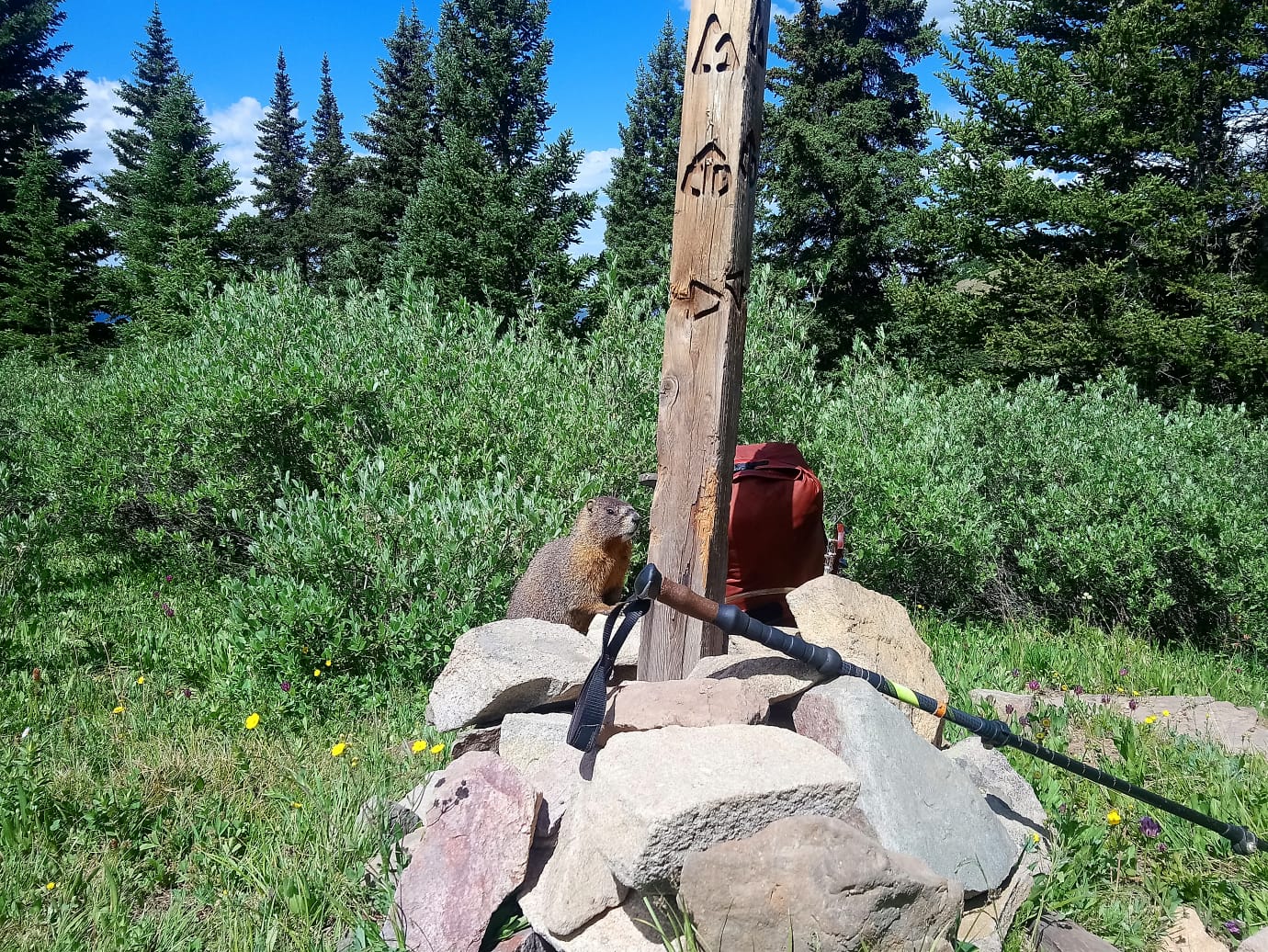 Preparing dinner I realized how perfectly I rationed the food this week. Every week on the Colorado Trail we have ended with too much extra food, it looked like we would finish our food just in time this week. Almost as soon as I started boiling the water for rice and quinoa our gas canister ran out, I did less perfectly than I had imagined. For breakfast we attempted to cold soak our oats, a harken back to my time on the Pacific Crest Trail. The cold goopy texture made us thankful for the usual hot oats we despise.

That day we made it to the Copper Mountain Resort. My plan is to catch a bus into Frisco where I will resupply, giving Esther the chance to relax at Starbucks.

See you next week,