Deemed too rugged for safe use, what was once designated to be part of a 70 mile stretch along Highway 1 (a scenic highway that traverses the West Coast) was left for backpackers and other nature lovers. This stretch of land, lying 230 miles north of San Francisco, was divided into two, the northern King Range National Conservation Area and the southern Sinkyone Wilderness State Park. We spent the past six days wondering around the former, on the Lost Coast Trail. 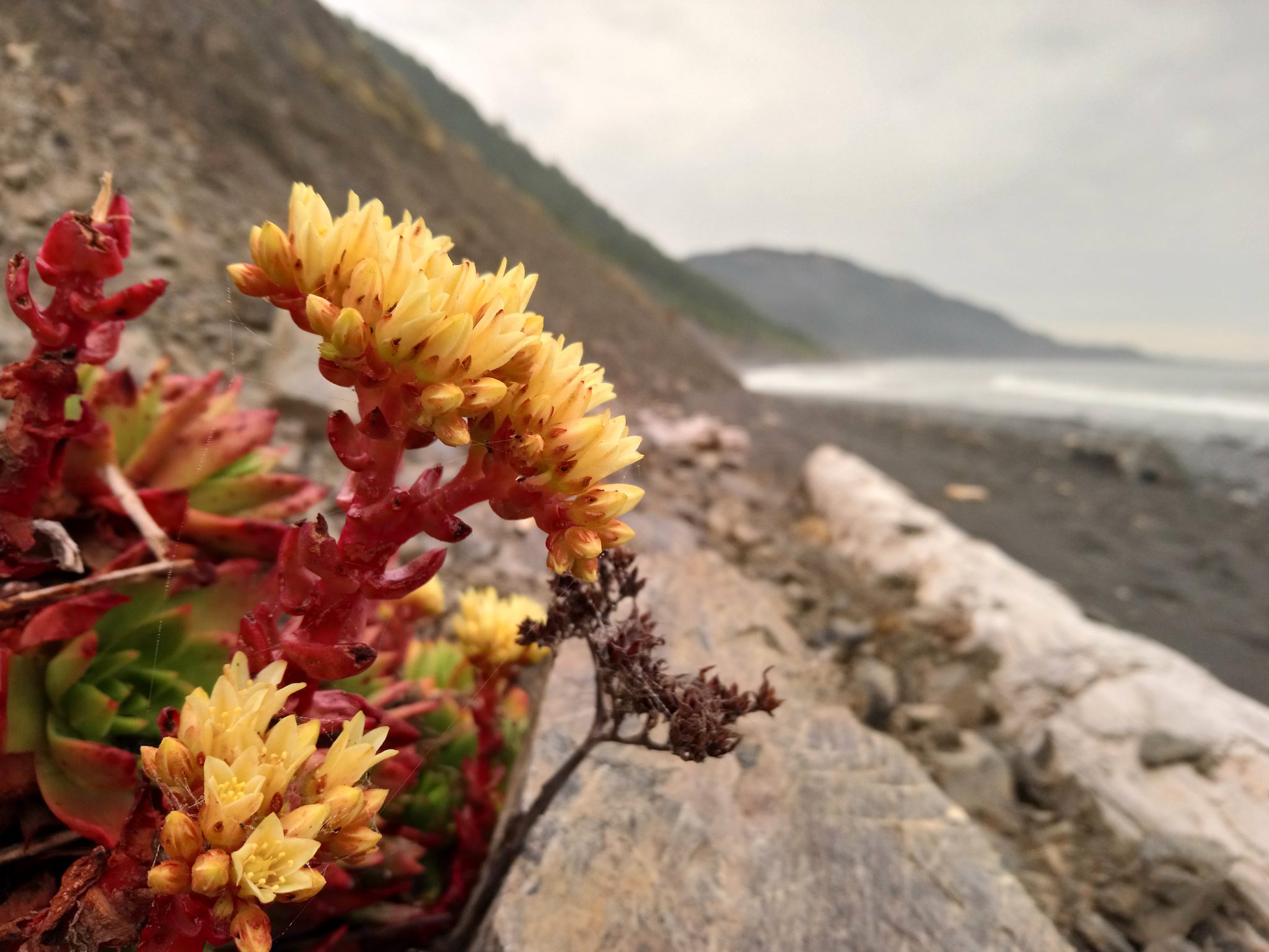 Day One on the Lost Coast Trail:

After stopping at the local BLM office to get current trail conditions and a weather update we parked at Black Sands Beach in Shelter Cove, ready to start our coastal adventure. I had made a similar trip just under two years prior and was excited to revisit what I remembered as one of the most magical backpacking trips of my life. This time around we decided to opt for an out and back route, saving us the headache of hitching a ride to or from the northernmost trailhead at Mattole Beach. Packing for the trip seemed like a simple task, after all we just got off the trail earlier in the day after spending a week backpacking in Mendocino National Forest.

However living out of a car is taking some getting used to, especially for someone who is usually limited to making a mess in the 60 liters available in my backpack. After several hours of what turned into organizing the entire car, as well as finding all the gear needed for the upcoming days, we finally hit the trail. By the time we got four miles in it was already late in the day, we set up shop for the night. Glitchell Creek provided us with a great place to sleep, eat, and dip in the ocean for the evening.

The weather looked good before we went to sleep and although rain and wind where expected within the next few days we decided we didn’t need to worry about that kind of weather quite yet, that was a mistake. I awoke at midnight to the howling wind forcing the tent into a backbend. The rain that had started to come down was not helping the situation. I, less than enthusiastically, got out of my warm sleeping bag, grabbed four guy lines and braced myself for the five minutes of frantically fumbling in the harsh conditions outside that was about to ensue. I will spare you the details of my attempt to secure the tent, but by the time I got back inside I was cold and wet. Thankfully Esther had a towel ready and a sleeping bag to warm me up. While I never look forward to action on the trail the adrenalin filled night was exciting. 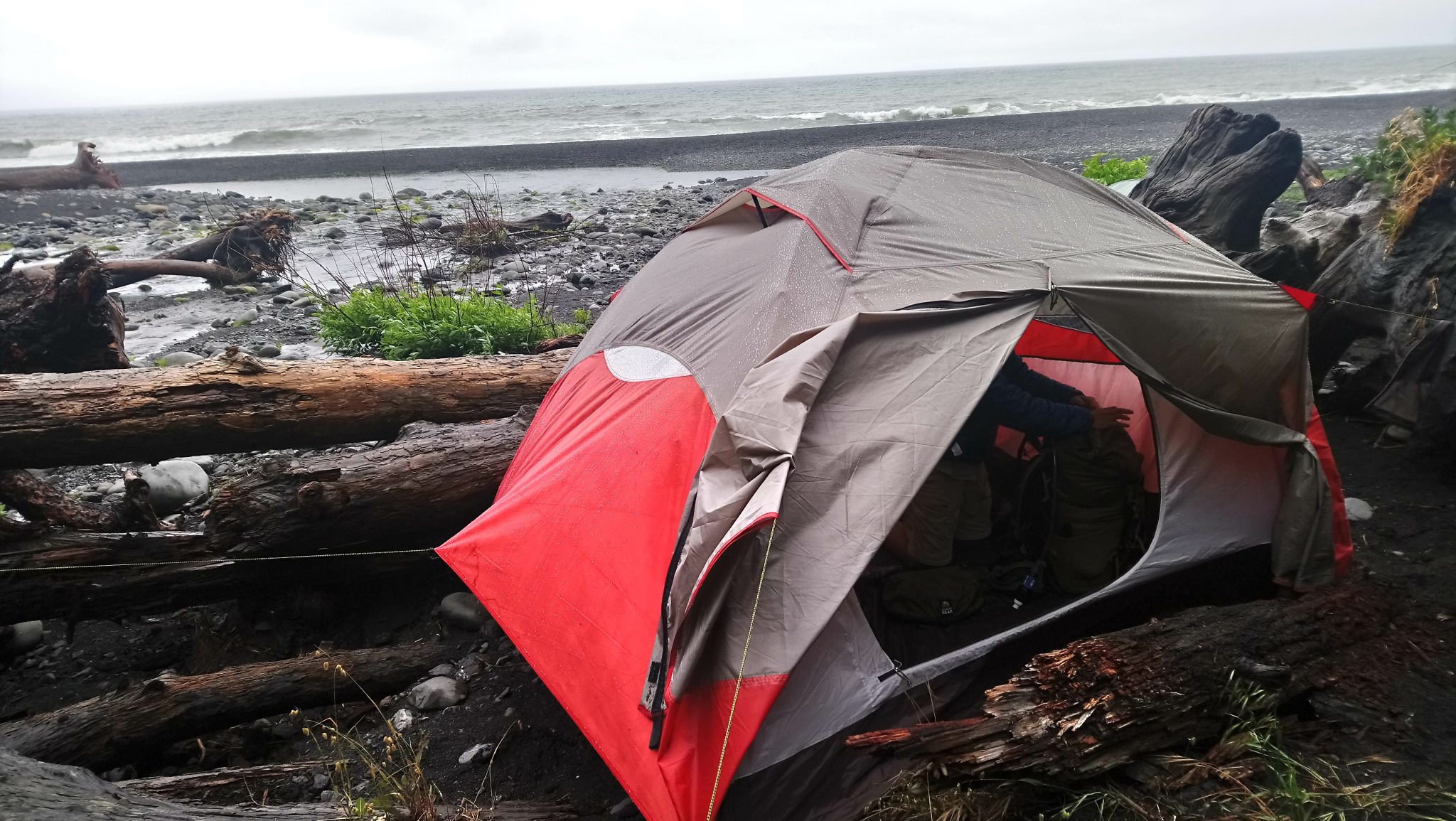 Getting a late start, after an evening filled with more listening to the wind than sleeping, we were happy to wait out the rising tides for a few hours as we set the tent back up, got cozy, and whipped out our books. 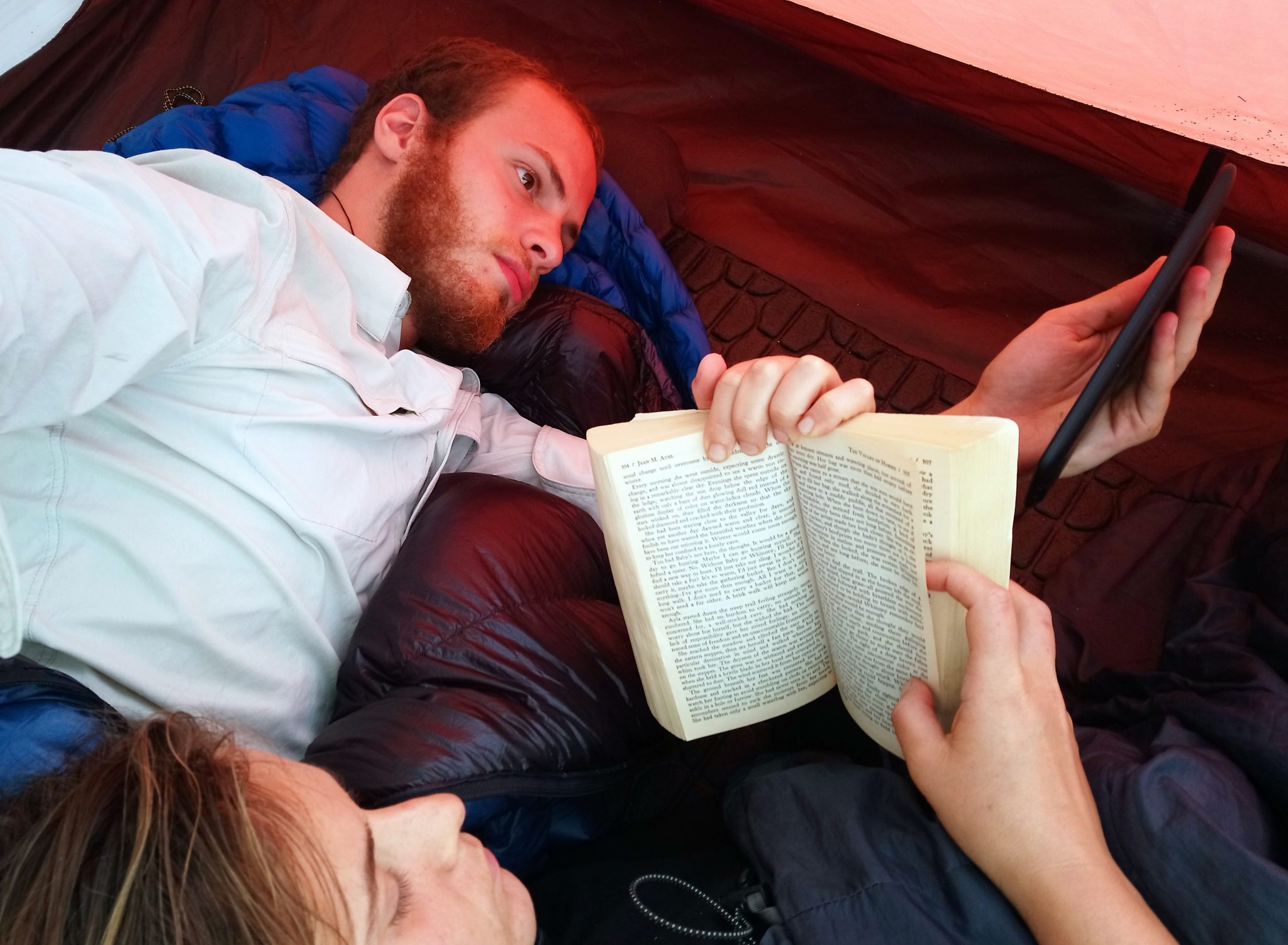 As the tide started receding we made our way to our next camp site, Shipment Creek. The four miles where sufficient enough to remind me why I love this trail so very much. 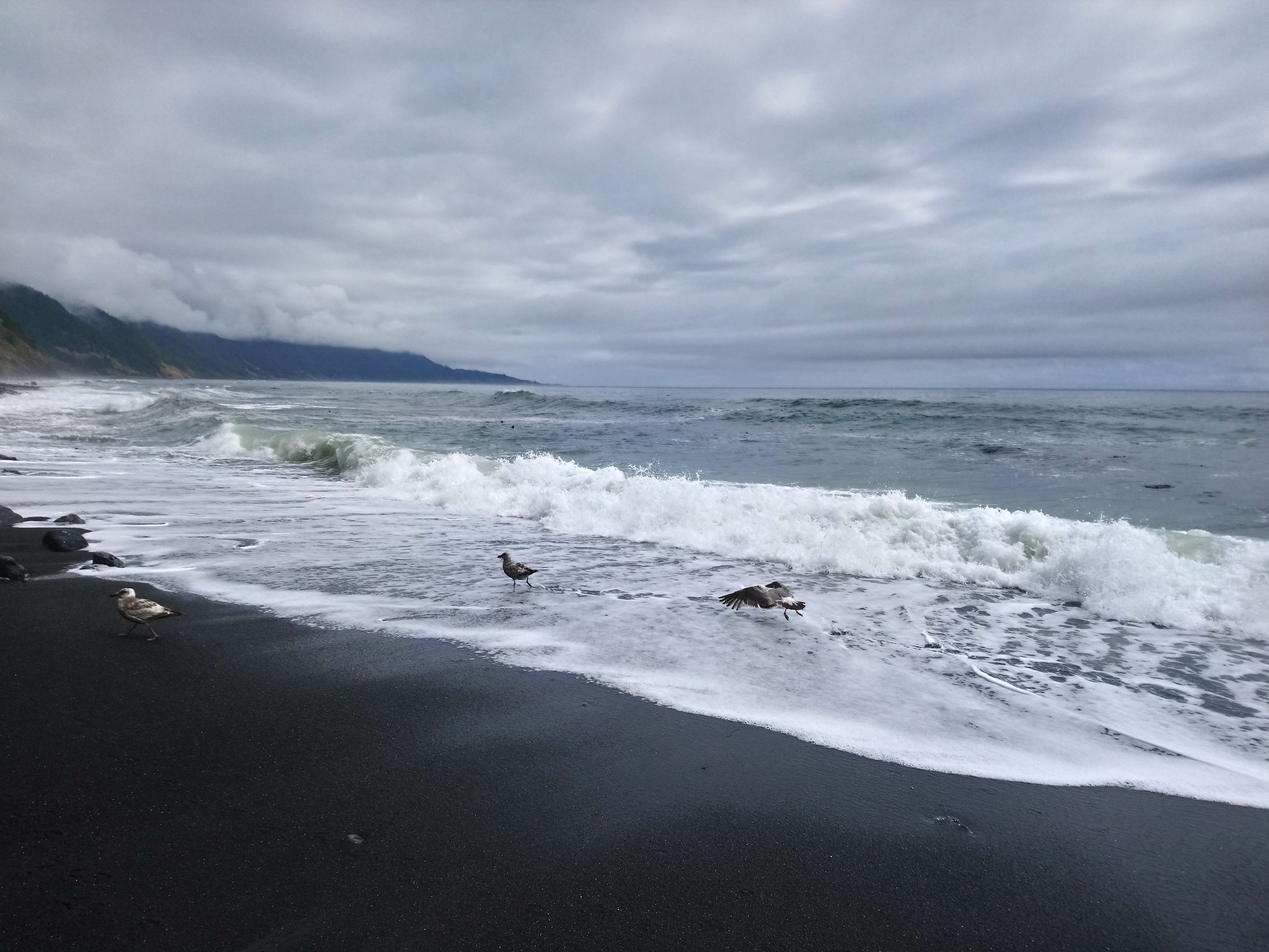 Choosing to get another late start we spent the morning painting and hanging out before beginning the five mile trek we had planned for the day. We raced the tides for a mile along the rough terrain with medium sized rocks underfoot, a very unpleasant feeling. We were elated to reach the solid ground of Big Flat, the first and only such terrain we would encounter on this trip. 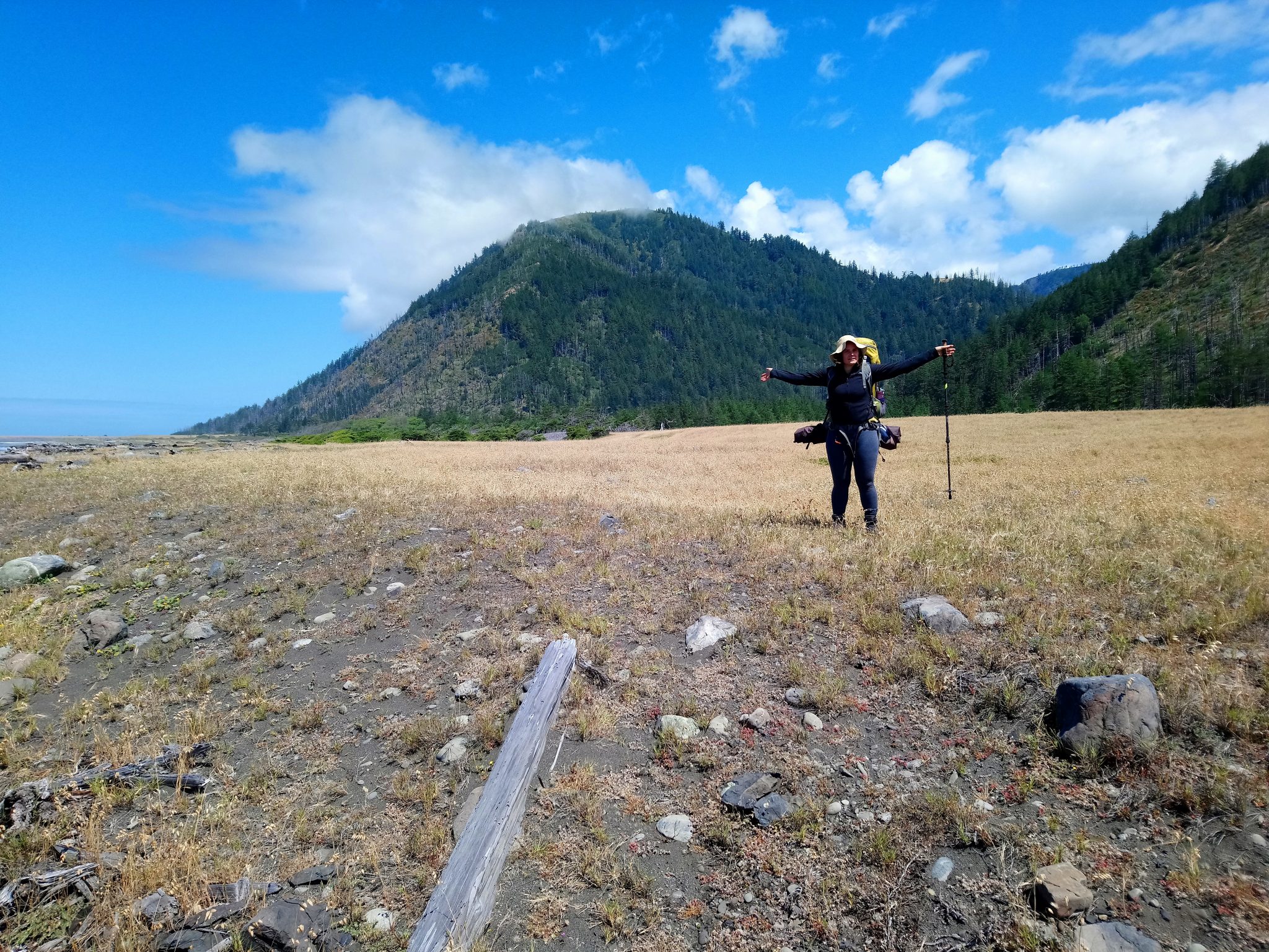 Making fast work of the remaining few miles we arrived at Big Creek with plenty of time to set up in what would be our Shabbat camp site, an eagerly awaited zero day. Unfortunately the magical driftwood shelters that had once been my favorite part of the Lost Coast Trail where long gone. We settled for a lovely patch of small trees a little further inland. 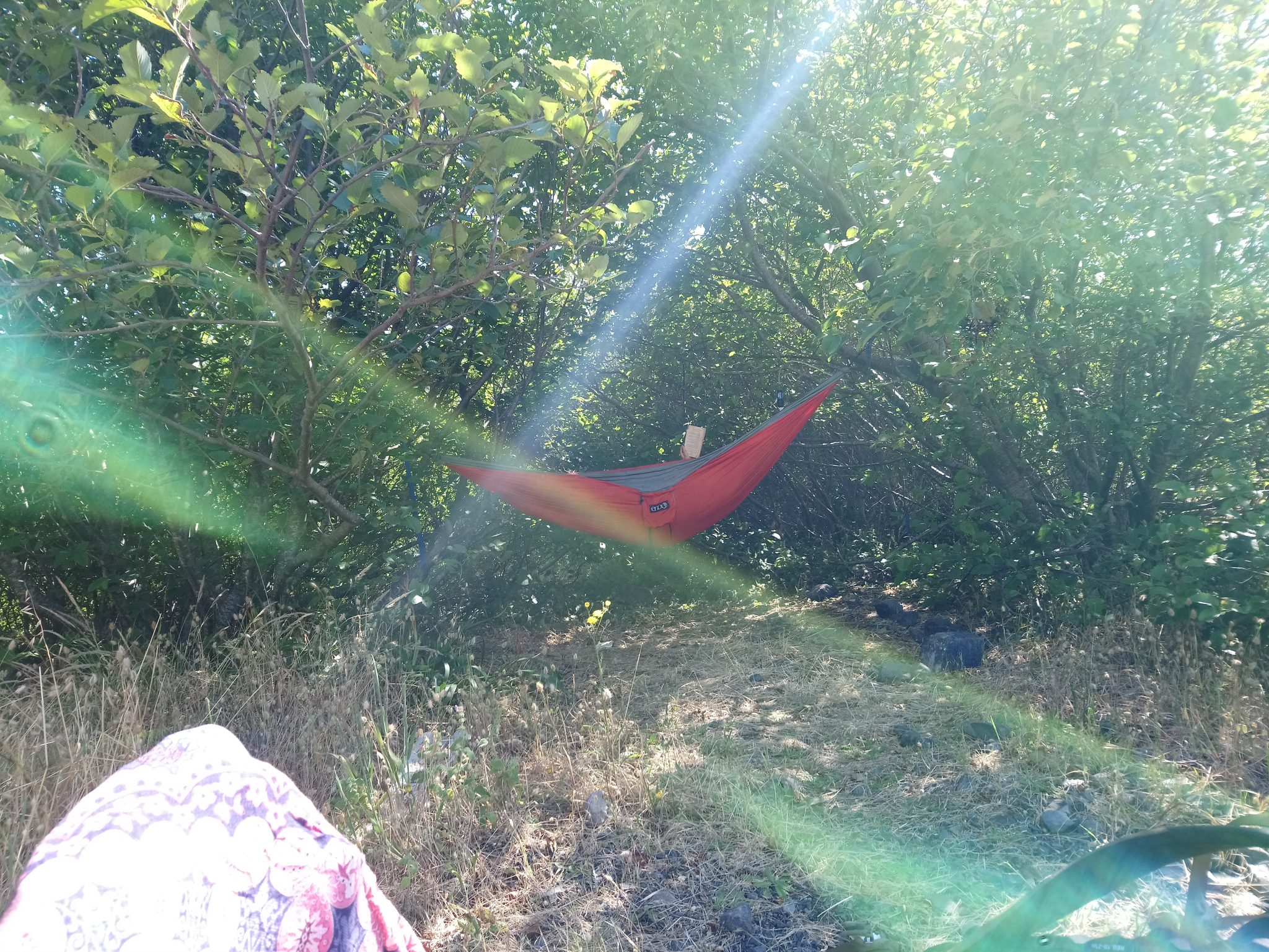 Our rest day was spent reading and unsuccessfully attempting to set up the hammock amongst the large piles of driftwood. We switched between Valley of Horses, the second book in the acclaimed Earth Children series by Jean Auel and 9 1/2 Mystics, a book by Herbert Weiner detailing his interactions with various kabbalists, Jewish mystics. The day passed too quickly, as our rest days usually do.

Waking up at 6:30 and hitting the trail earlier than usual we hoped to arrive back at Glitchell Creek before the tides would be too high to pass. Almost four miles later we made it to Shipment Creek and realized we would rather wait out the tides again, as opposed to rushing our last full day on the trail. This was also the perfect opportunity to finish up the painting I started several days earlier in the same location. 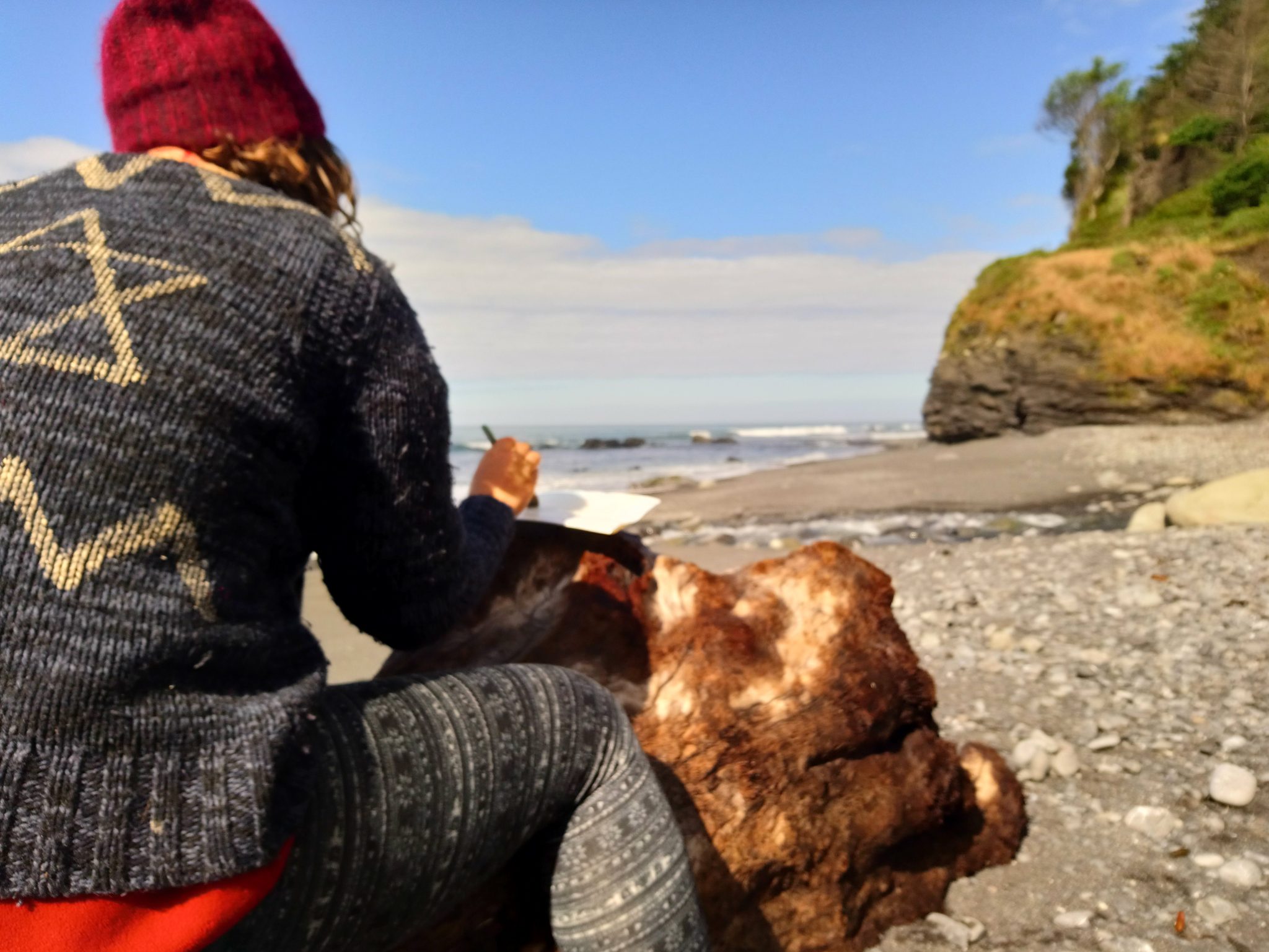 Esther’s creation from that afternoon: 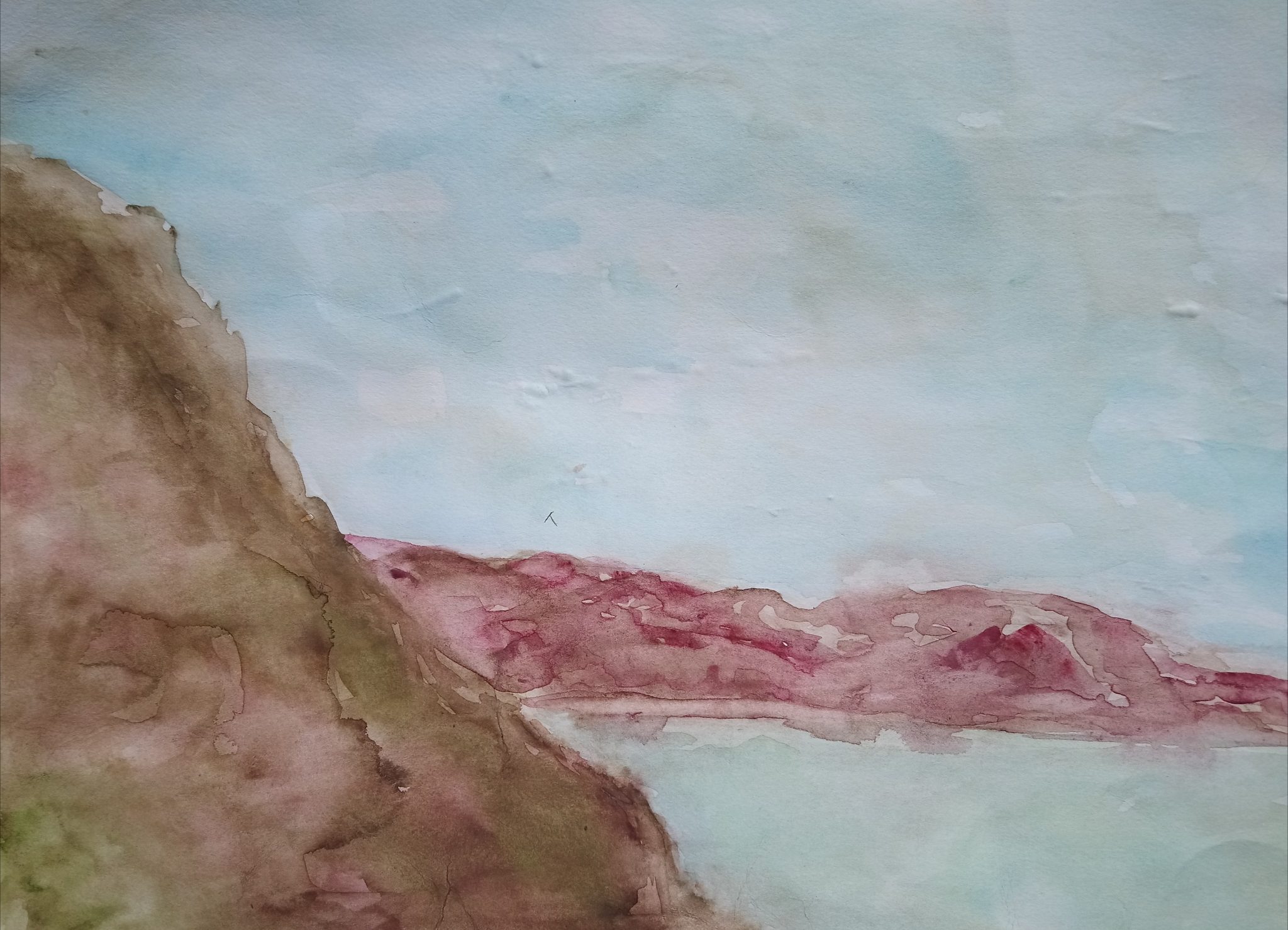 When the tides started receding we put our backpacks on again and made our way to Glitchell Creek, after such a long day we had no problem falling asleep that night, despite the wind.

We woke up early again to complete the remaining five mile trek on the Lost Coast Trail, eventually arriving at Shelter Cove. Once we reached our car, after a hearty meal, we drove back to the closest small town, Garberville. Our next trip is on the acclaimed Rogue River Trail! Check out this blog post to see how it went.

What we learnt along the way:

Let us know below if you are planning on making this trip or if you have already made it, and how it went.