Vast stretches of desolate ranges recovering from a wildfire and views of the snow capped peaks in the nearby Sisters National Forest make the winding trails of the Mill Creek Wilderness unforgettable.

Day One in the Mill Creek Wilderness:

Upon arrival we slept at the Wildcat Campgrounds conveniently located at the trailhead of this 26 mile journey. Starting early the next day we spent the first two miles of this trip crossing the Mill River as it snaked its way through the trail. Thankfully most of the crossing where easy and dry.

Soon after departing from Mill Creek and passing the Belknap trail (our return route) the area opened up to reveal large parts of land that had been almost entirely decimated by a wildfire in 2000.

In another mile we settled into a campsite just shy of Twin Pillars, allowing us access to Brogan Creek.

We spent our day camped at Brogan Creek, hammocking, reading, and generally relaxing before the strenuous days to come. I started my latest read, “Black Swan” by Nassim Taleb. An extended essay concerning the unpredictability of life and history changing occurrences that are often overlooked.

Early into our hike the next morning we approached the magnificent Twin Pillars who’s shadow we had been lurking in the previous day. 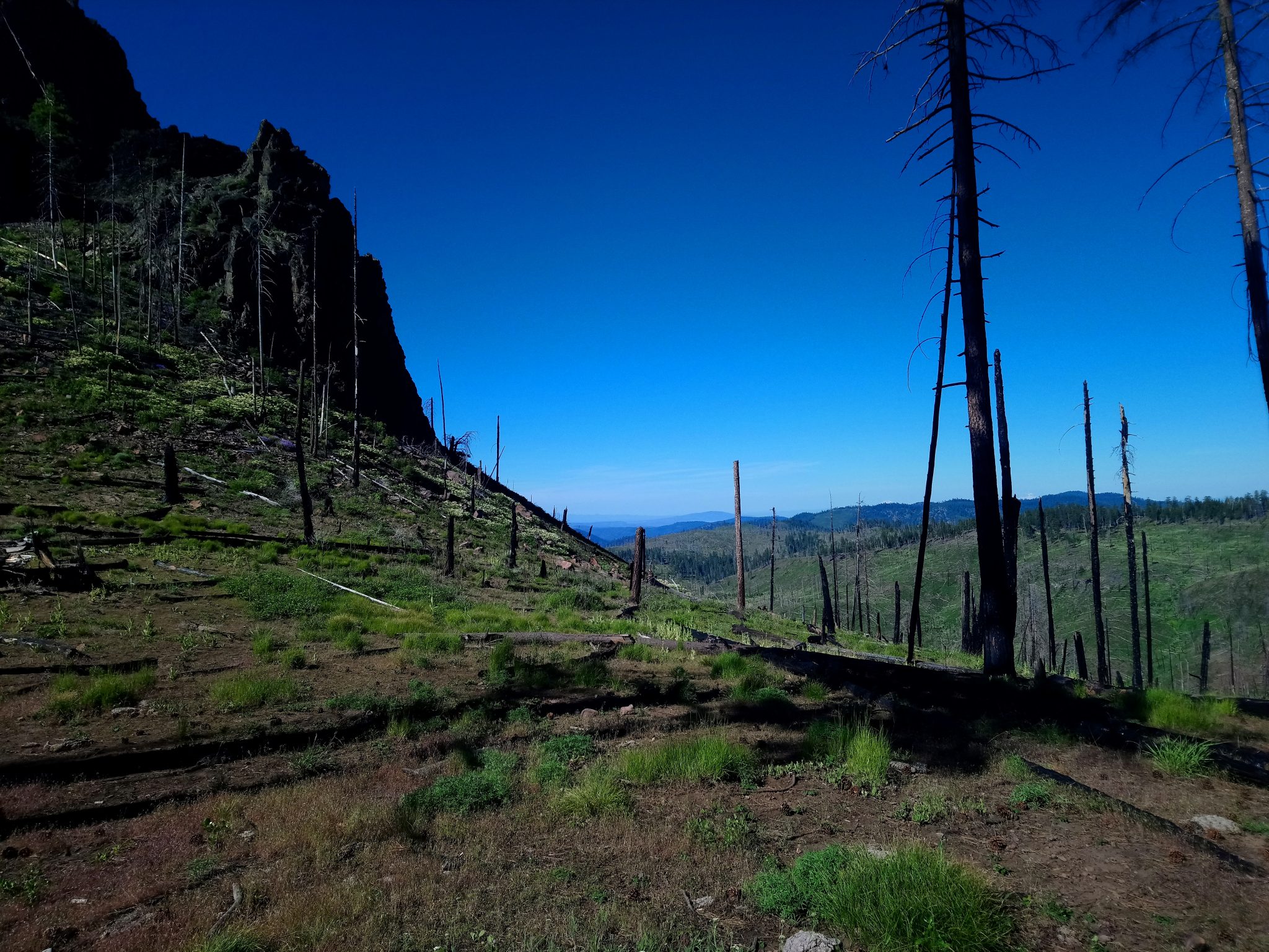 Eight miles in we choose a campsite along the headwaters of the Mill Creek. As per usual by the time we set up our tent we realized the area was covered in bugs. That said, the butterflies were pretty and awesome. 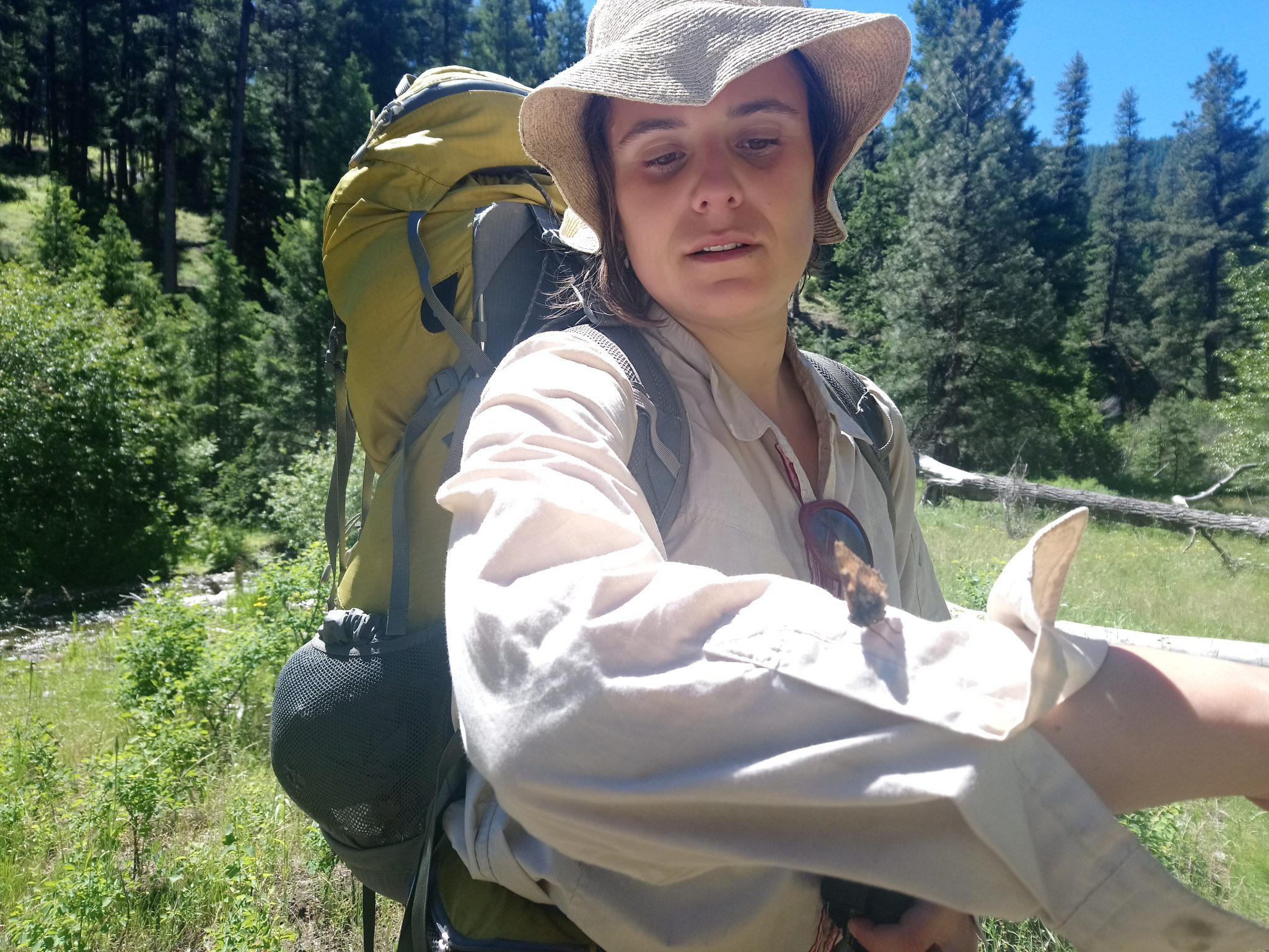 After a mile into our most difficult and final day we finally caught a glimpse of the snow capped peaks in the neighboring national forests, the high point of the Mill Creek Wilderness. 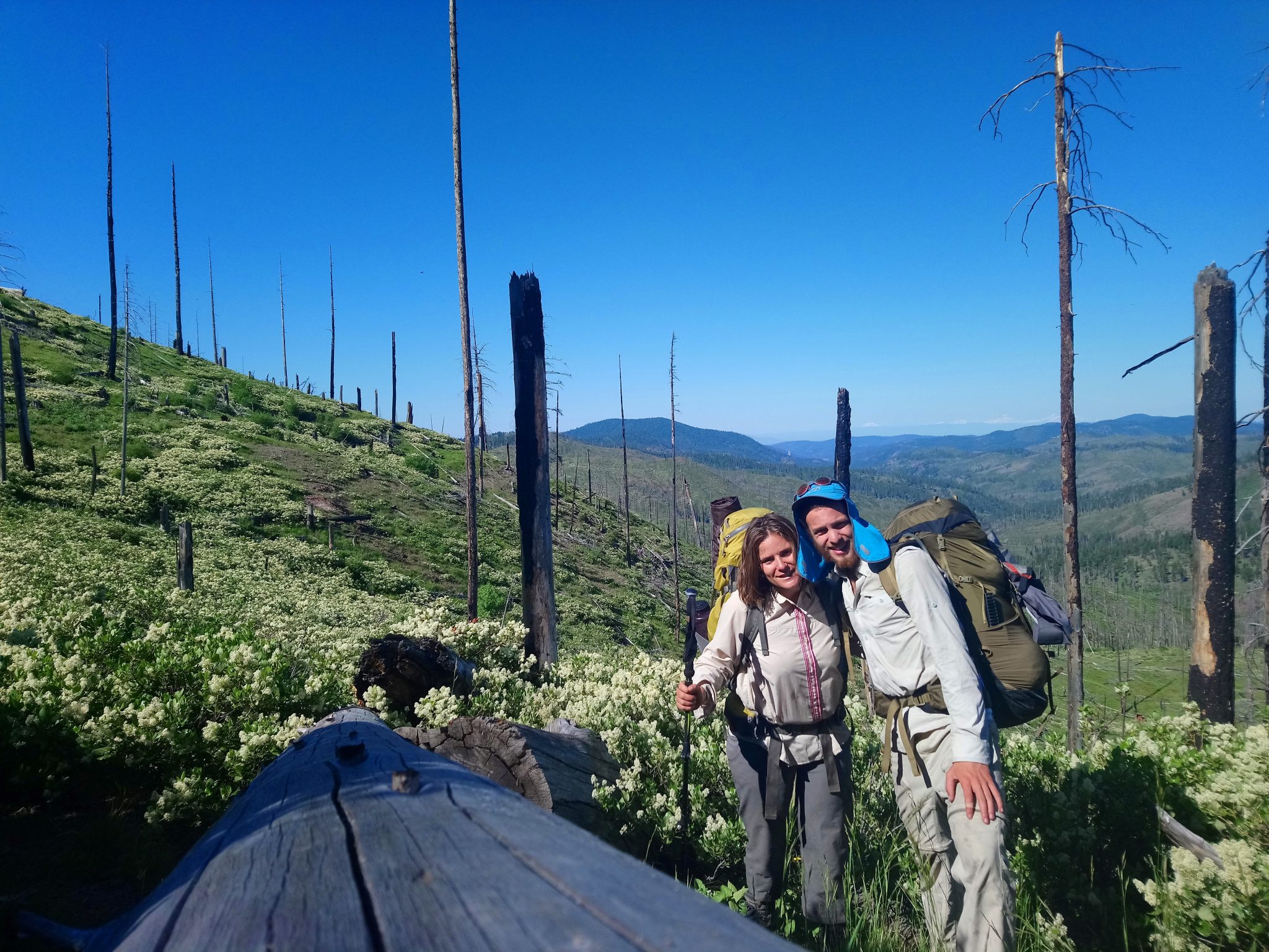 Through the sun and too steep downhill we finally arrived back at the trailhead (via the Belknap Trail). Perhaps the fact that we arrived back just before the rain came down had something to do with the wish Esther made several hours prior 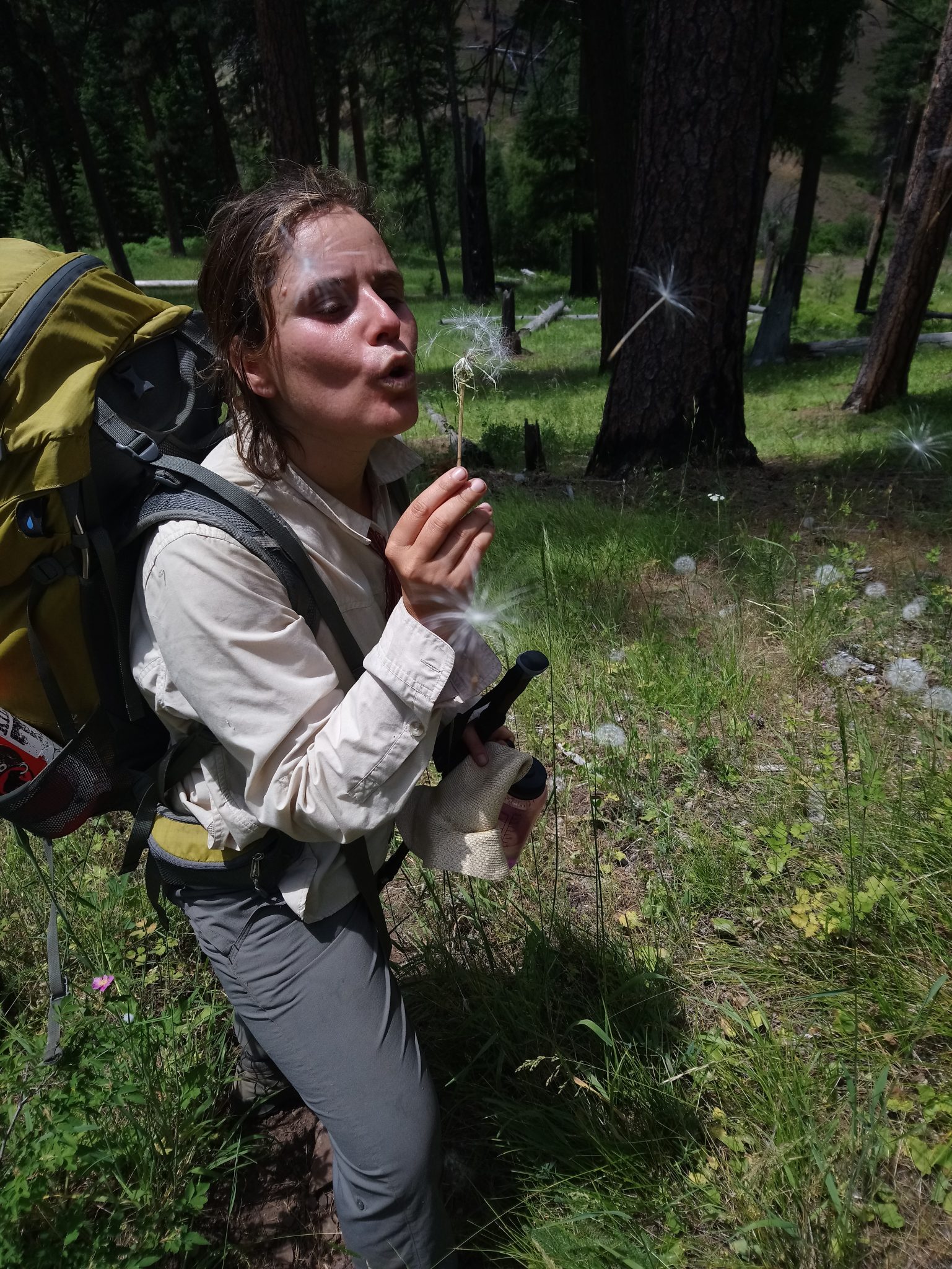 Thinking about making a trip to the Mill Creek Wilderness?

As we leave Malheur National Forest, home of the 2017 Rainbow Gathering, I am working my way towards Stevens Pass. Just south of the Washington-Canada border. This will be my starting point for my four month journey along the Pacific Crest Trail, check out my first blog post from the PCT here.