We woke up to the smell of burning wood. Over the past several years forests in Colorado have been ravished by the mountain pine beetle leaving a once lush region dry and susceptible to fires. As a fellow hiker. trail name Bear Sweats, put it, “The trees out here are like matchsticks pointing towards the heavens, just waiting to be struck”.

Yesterday during our hitchhike towards Durango we found out about the 416 fire, and how it would affect our month to come.

Despite our eager thumbs urging passersby to pick us up, we were not having any luck getting a ride out of Gunnison. Our sign read, “Durango Bound” the starting point of the 450 mile Colorado Trail. After an hour and a half of waiting, we were picked up by Caroline. 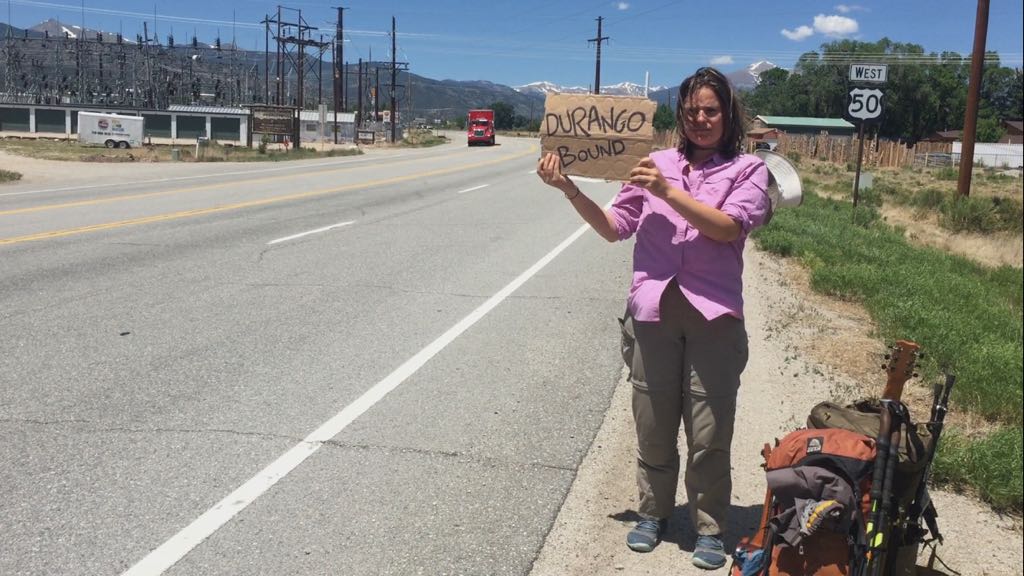 As the town manager for Lake City and a local EMS she had the latest information on the fire and we were eager for an update.

After learning our entrance route, Highway 550, was closed due to the fire we made a change to our plan.

Esther already had the challenge of coping with her fear of heights mixed with a slow acclimation process (sea level to 11,000 feet) we made the decision not to add a raging fire to that list.

Caroline dropped us at the hostel in Lake City, the Ravens Rest. Our new starting point became the Spring Creek Pass trailhead, skipping the first 127 miles of the trail, diving right into the La Garita Wilderness. 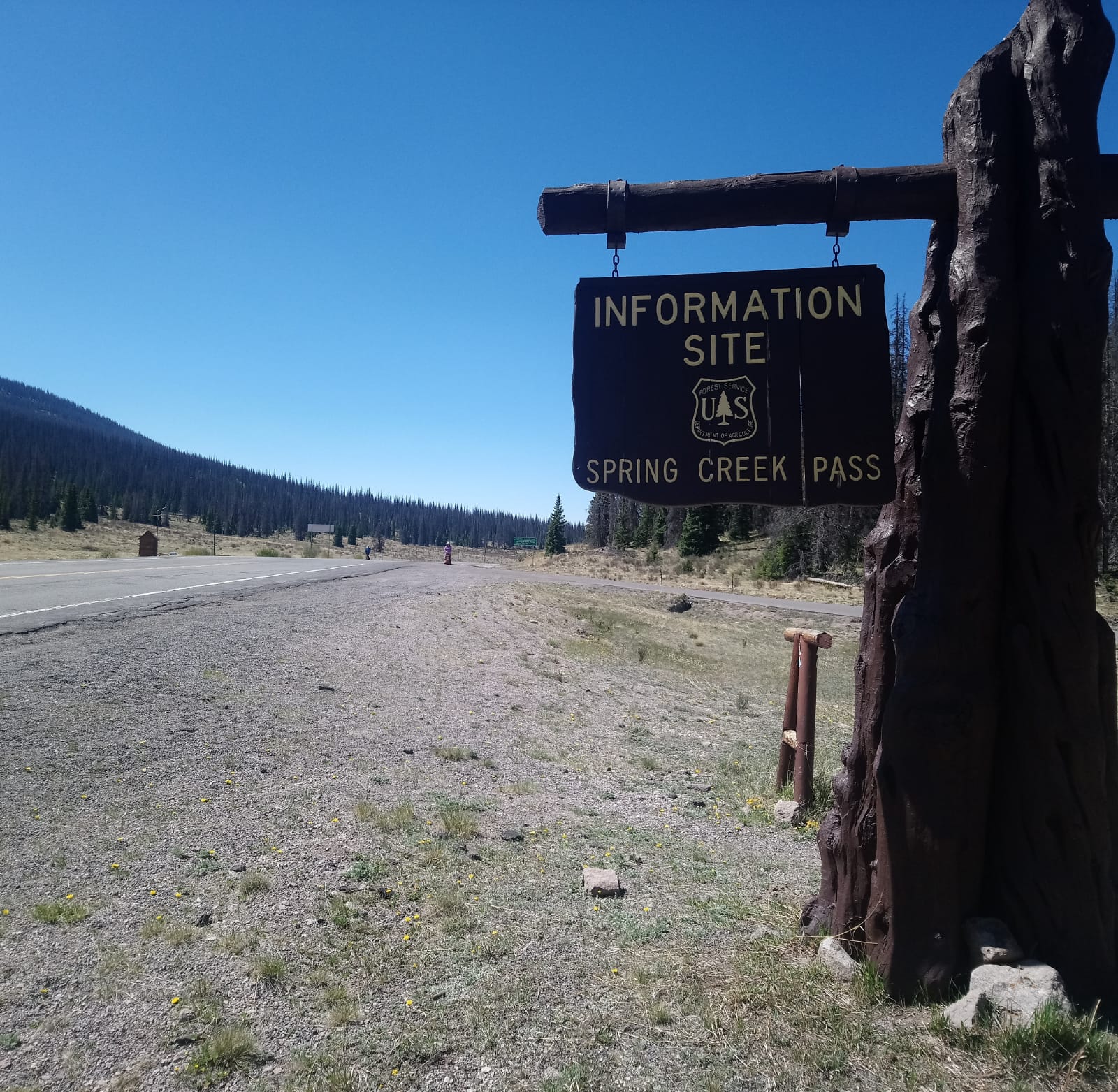 Hiking in the Rockies with someone working through a fear of heights would require flexibility, I knew that going into the hike. By lopping off the first part of the trail my attachment to completing a thru-hike (hiking every mile of the trail) was quashed. I hoped that would make the inevitable adjustments to come easier.

When we woke up to the scent of smoke, our first morning on trail, I realized my initial act of flexibility would not make things much easier.

I could see the anxiety in Esther’s eyes before she verbalized it. We had just made a big sacrifice to get away from the fires but they still seemed to haunt us.

I knew the smell was likely due to some winds gone awry and that we were many miles from fire danger, but my knowing this didn’t do much to quill Esthers fear.

However, we had come this far so begrudgingly we started our day’s hike. Within a few miles we where both feeling a lot better and happy to be on trial, the 360 views helped. 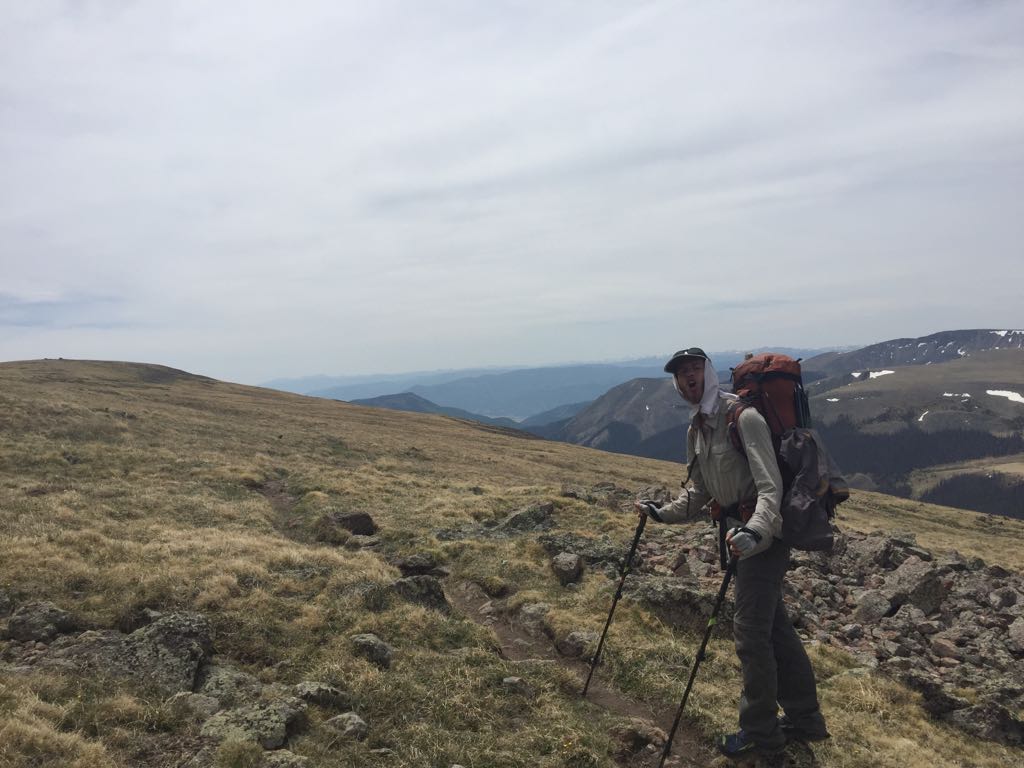 Six miles in we started ascending a ridge snaking its way along the border of the La Gartia Wilderness. I glanced over my shoulders many times over the next mile, each time met by an anxious but determined glare, until we finally reached the highest point of the segment at 12,785 feet.

I could tell Esther was shaken up and I quickly found a flat-ish place for us to have lunch and decompress. Overall I was happy, she had overcome her fear and got passed one of the hardest ridges on the trail, the feeling wasn’t mutual.

Over a lunch of tofu hotdogs, we discussed what we had just hiked, and the hike to come both that day and over the next month.

While she admitted to having gotten over the ridge without an overwhelming amount of fear for our current predicament her fear of the unknown to come was eating her up.

In my intellectual manner, I proceeded to show her how we could read the topographical maps and see how precipitous the trails to come would be. This didn’t convince her. I told her we could turn back any time we hit a ridge too scary or hard. That did as much to make her feel better. We decided to go back to our original campsite to reevaluate our plan.

Over the next day, we decided to start our hike in Denver and work our way southbound toward Durango. The gradual start of that direction made Esther feel better and would allow us more time to acclimate. Waterton Canyon, the official northern terminus of the Colorado Trail, starts at 5,522 feet and in over 50 miles makes its way to 10,000 feet.

My hope is that easing into this gradual transition will make the challenges to come more bearable, and the promise of bighorn sheep lurking in the canyon excites me. 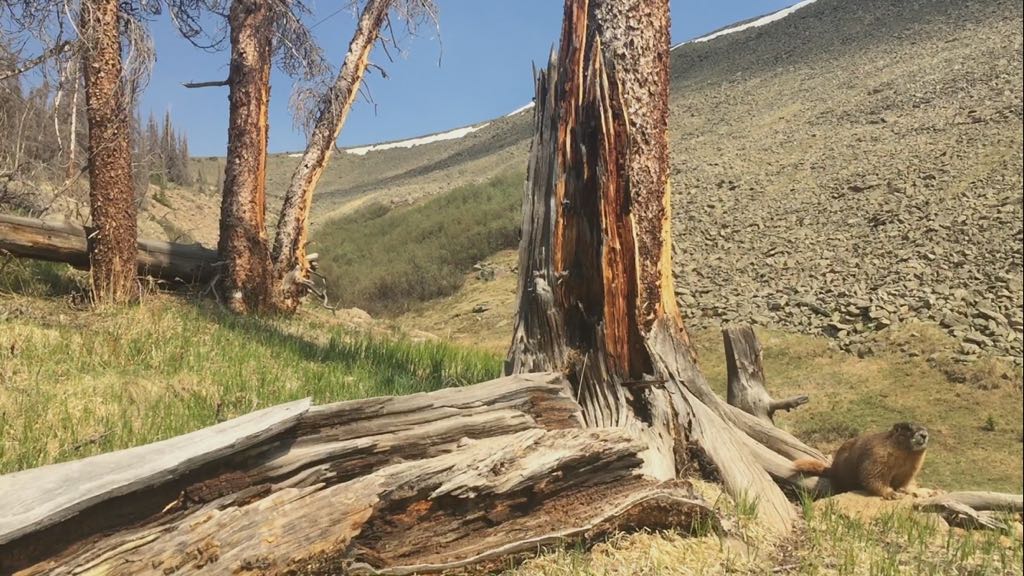